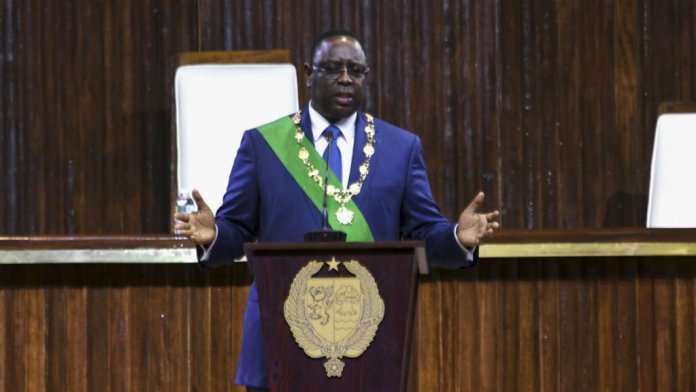 Since coming to power in 2012, Senegalese President Macky Sall has been seen as the herald of regional diplomacy geared towards dialogue, appeasement and diplomatic, military and economic cooperation with his neighbors. A posture that fits in with the supposed Senegalese destiny of being “the friend of all countries”, in Macky Sall’s own words. This approach to African affairs also allows it to assert itself as a privileged interlocutor of the international community in the field of respect for the rule of law and democracy in West Africa, but also to guarantee a network of allies at the borders.

Become the spokesperson for African interests

By asking the Medef Summer University last August for the extension until 2021 of the African debt moratorium by the G20, the Senegalese president marked a major media and diplomatic blow on the continent. According to him, Africa would be unable to repay its debts in 2021, due to the economic consequences of the Covid-19 crisis. On the continent, this intervention was warmly welcomed and above all confirms a Senegalese diplomatic leadership, which claims to speak on behalf of all African countries. It is the result of in-depth work, based on the systematic search for consensus and the integration of regional organizations in the management of African policy. And above all, an assumed personal desire to acquire a regional, even international, stature. An almost successful bet given the tribune co-signed on February 3 with Angela Merkel, Emmanuel Macron and the respective presidents of the UN, the European Union and the European Council calling for a multilateral response to the Covid-19 crisis. The choice of Macky Sall to represent, without saying so, the developing countries is not trivial.

Macky Sall’s diplomatic approach is not innovative and follows on from the policies initiated since independence, under Léopold Sédar Senghor, Abdou Diouf then Abdoulaye Waye. Above all, Macky Sall succeeded in breaking down the last obstacles which further weakened his good understanding with neighboring countries. His real coup was the rallying of The Gambia and Guinea-Bissau, two border countries with historic tensions, in the Senegalese fold. In 2015, the discord with The Gambia was so marked that Macky Sall had declined the invitation of his counterpart Jammeh to the celebration of the fiftieth anniversary of the Gambian independence. On the side of Guinea-Bissau, Bissau’s support for the independent revolt of Casamance, against the backdrop of border disputes, has long been a factor of tension between the two countries. In 2009, the mobilization of Bissaoguinean troops for the protection of disputed areas had almost degenerated into open conflict.

A leadership position of regional organizations

In the case of the Gambian crisis of January 2017, Macky Sall’s master stroke was undoubtedly to mobilize ECOWAS in order to promote “African management of African crises”. A chestnut tree, repeated in the envy – in particular by France – to avoid heavy diplomatic engagements, if not military, which until then had been punctuated by bitter failures. Even if, under the guise of regional mobilization, the ECOWAS military contingent was largely dominated by Senegalese troops. But, in practice, African multilateralism – and the legal veneer that goes with it – prevailed in the face of Mauritanian and Guinean temptations for unilateral military intervention. But consensus diplomacy hides a fine strategy. More than allies, Gambia and Guinea-Bissau are now governed by two proteges of Macky Sall. In the north, the rapprochement with Mauritania is also not trivial, even though relations remain marked by mutual mistrust since the conflict of 1989 – 1992, further aggravated since the death of a Senegalese fisherman, shot dead by guards. -Mauritanian coasts in 2017.

The last thorn in Senegal’s policy of regional diplomatic openness, strained relations with neighboring Guinea, whose president, Alpha Condé, recently declared in an interview with Jeune Afrique that “all attempts at destabilization targeting Guinea come from Senegal. . Alpha Condé who, in full authoritarian drift, locks himself more and more into an anti-Western posture accuses the Senegalese president of refusing to strengthen the security at the border to prevent the infiltration of elements supposedly hostile to his regime, brandishing a threat safe. For now, the two sides are holding a dialogue of deaf people and the border has been closed for several months.

The economic benefits of diplomatic rapprochement

This diplomatic opening of Senegal has above all produced significant results on the economic level. Under the leadership of President Sall, Senegal and Mauritania agreed in April 2016 to lay the foundations for intergovernmental cooperation to structure a formal contract for the exploitation of gas fields straddling their maritime borders. The two countries have agreed to share equally the revenue from the marketing of these deposits, from 2023. In February 2020, an agreement was initialed in Dakar between the energy ministers of the two countries, BP and Kosmos. Energy, which will exploit the deposits and use them to produce liquefied natural gas (LNG).

In this regard, the negotiations advanced between Senegal and Guinea-Bissau should also allow the two countries to jointly exploit an oil field that straddles their maritime borders, called AGC Profond. It covers an area of ​​6,700 km2, at a water depth that varies between 1,000 and 3,000 meters. The perimeter is located in the common maritime zone established in 1993 between the two countries.

Sometimes in difficulty at home, as evidenced by recent violent events born of the anger of a Senegalese youth idle and weakened by the economic consequences on the health plan, Macky Sall uses his diplomatic intelligence to guarantee support and support. friendship of his neighbors on the one hand, but also of the great powers, with whom he wishes to speak as an equal.