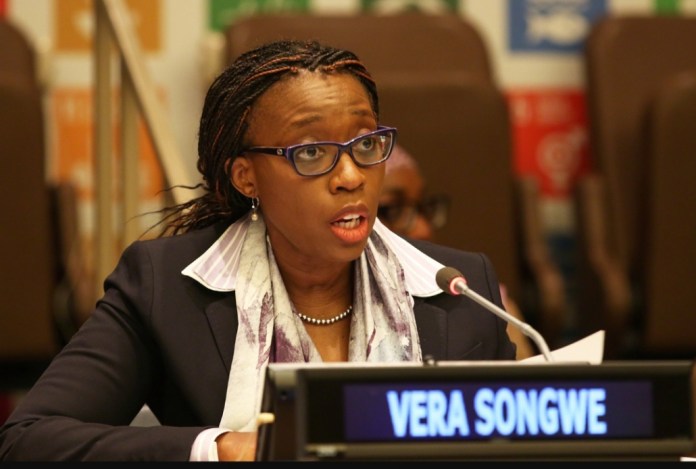 The Economic Commission for Africa (ECA) unveiled on Tuesday, June 22, 2021, the findings of a study entitled “Energy prices in Africa: Transition to clean energy for the industrialization of Africa”.

“There is no question that Africa will progress better if we do not invest adequately in energy and ensure affordable access for all,” said ECA Executive Secretary Vera Songwe. The UN Under-Secretary-General urges countries to ensure prices reflect costs in the energy sector.

The report cites Liberia, Malawi, Central African Republic, Burundi and South Sudan as having stagnated or reversed access to electricity. Countries like Nigeria, DRC and Ethiopia have the biggest electricity access gaps.

“Access to cheap and clean energy is an essential component of Africa’s transformation and industrialization,” said Oliver Chinganya, Director of the African Center for Statistics (ACS), who moderated the session.

The Director of ACS states that “in the context of the deployment and implementation of AfCFTA, providing economies with affordable fuel is integral to supporting actions aimed at accelerating the achievement of the Sustainable Development Goals and Africa’s Agenda 2063.

The report laments the fact that Africa relies primarily on fossil fuels and biomes instead of diversifying its primary energy supply, given its plethora of resources (renewable and non-renewable).

“Households use 86% of biofuels and waste energy for cooking, while the transport sector consumes 78% of oil. Natural gas is mainly used in the industrial sector ”.

In his presentation, Anthony Monganeli Mehlwana, Economic Affairs Officer of ECA, said that “there is an urgent need to invest in electricity infrastructure, diversify the electricity supply and embrace modern renewables”.

He points out that “the high energy production costs, transmission and distribution losses (18-25%) mean that utilities have to be constantly bailed out and subsidies implemented for users.”

At this rate, and according to the SDG 7 progress report, Africa will not meet the SDG 7 targets due to limited electricity supply and access. About $ 40 billion in investments per year are needed to meet the continent’s energy needs.

The report recommends that countries should provide an enabling environment to attract private sector investment in the power sector; apply tariffs that reflect costs while paying attention to efficient electricity production to reduce costs; and provide incentives and mechanisms to increase the share of renewables in power systems.

The study also highlights the need for countries to introduce natural gas as a transitional fuel to replace coal and facilitate the full deployment of renewables.

The webinar provided an opportunity to urge ministers to play a role in increasing energy investment and paying attention to the determinants of energy prices, declining production costs and the methodology for setting energy prices. prices.

This was a joint initiative of the African Center for Statistics (ACS) and the ECA Private Sector Development and Finance Division as part of a ministerial series of the ECA Price Monitoring Center. .