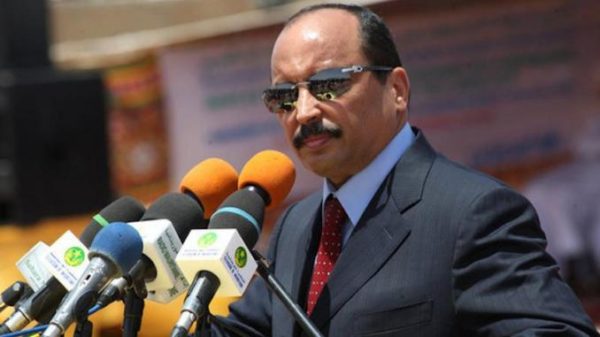 For evading the bi-weekly obligation to report to the police, the former Mauritanian president, Mohamed Abdel Aziz, was placed under a committal warrant and quarantined in a secure police residence due to the health context. Indicted in March following a report by a Parliamentary Commission of Inquiry relating to his ten-year reign (2009-2019), the former president, who was under house arrest, has repeatedly proclaimed his innocence and lean on article 93 of the Mauritanian constitution which makes it impossible, according to his lawyers, the judgment of any former custodian of the supreme magistracy with the exception of acts of high treason.

The president had been implicated, along with a dozen personalities, for alleged acts of corruption, money laundering, illicit enrichment or even squandering of public funds. In April, Mohamed Ould Abdel Aziz Aziz joined a small opposition party, the National Ribat, after losing control of the ruling party, the Union for the Republic (UPR) in December 2019. Since then, the ‘ex General, who rules out all exile, “neither in Senegal nor in Mali,” he thunders, has transformed his various appearances before the judicial police into a kind of political platform. Multiplying the interviews, President Aziz regularly threatens to unwrap when he does not consider himself a victim of repression.

In May, the judge tightened these conditions by ordering his placement under house arrest, while maintaining his obligation to report to the police three times a week and seek the judge’s permission to leave Nouakchott. A few days ago, Mohamed Ould Abdel Aziz decided not to surrender to the police, as he had done until then, on foot, causing crowds. He invoked on Facebook “the bullying inflicted on the citizens who accompany me and show me their support”. As a reminder, Mohamed Abdel Aziz saw his successor Mohamed Ould Cheikh El Ghazouani, his former chief of staff and minister, succeed him in August 2019 in what constitutes the first democratic alternation in Mauritania. The current president has so far refrained from commenting on or interfering in the matter in the name of the separation of powers.