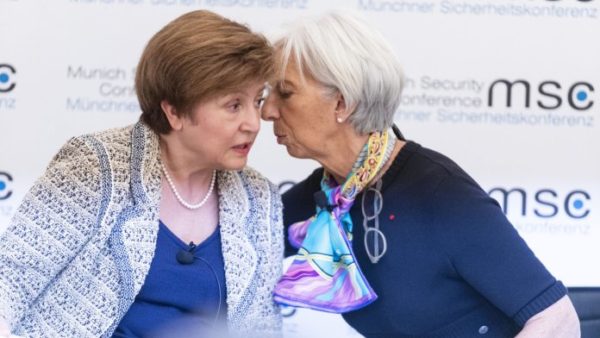 “Our analysis of the reserve adequacy of sovereigns that we rate at ‘B +’ or less, with an average GDP per capita of $ 4,714, revealed that the creation of these new SDRs would fully restore reserve adequacy for five of the 44 emerging market sovereigns in this category – Zambia, Jordan, El Salvador, Benin and Togo, ”said Sam Tilleray, analyst at S&P Global Ratings.

However, if high-income IMF members shifted 42% of their share of the $ 650 billion SDR allocation, this would fully restore reserve adequacy to the 44 low-income countries included in the S&P survey, with significant benefits for growth.

“In this scenario of reallocation of SDRs from rich countries to low-income countries, external positions would become more resilient, causing potential upward pressure on sovereign ratings,” Tilleray said. “Even so, in the category of‘ B + ’and below, the key rating constraint is generally institutional, reducing the prospect of outright upgrades from SDR reallocations. ”

The rating agency estimates that around 61% of new SDRs will go to sovereigns in developed markets, due to the relatively higher quotas of rich countries. While this is likely to have a significant impact on the creditworthiness of developed markets, the subsequent lending of these resources to low-income countries could help bolster external liquidity for the world’s poorest states. The allocation also has implications for lower and even upper middle-income economies, most of which have seen their reserve buffers erode due to the COVID-19 pandemic.

The 44 low-income sovereigns make up a third of all rated sovereigns and 4% of global GDP, but their reserves represent just over 2% of global reserves. This is not only an external constraint, but also a budgetary constraint given that the majority of sovereign countries rated “B +” and below do not have reserve currency status, monetary flexibility and Deep domestic capital markets that have enabled their counterparts in advanced economies to fund a comprehensive counter-cyclical fiscal policy in response to COVID-19. This partly explains why growth in high-income economies accelerates through budget support and vaccinations, but only stagnates in low- and lower-middle-income economies struggling with persistent localized epidemics of the virus, without the means. to support households and businesses. The S&P report features a radar chart highlighting how the new SDR allocations would affect the reserve adequacy of the 23 sovereigns that the agency estimates will fail a reserve adequacy test in 2021.

As a reminder, Special Drawing Rights are interest-bearing reserve assets controlled by the IMF. They are pegged to a basket of five reserve currencies comprising the US dollar, the euro, the Japanese yen, the British pound and the Chinese yuan. The weighting was last fixed in 2015, when the Chinese yuan was added. The IMF uses the SDR as a unit of account, for example when denominating its loans in SDRs (although commentators often quote an amount converted to US dollars). Countries can sell their holdings of SDRs to other IMF members for the five currencies mentioned above. The United States, along with 31 other members of the IMF, have made voluntary agreements to buy these SDRs from countries wishing to sell. If these voluntary agreements fail, there is also a mechanism by which the IMF can appoint a member with strong external positions to sell reserve currencies for SDRs.