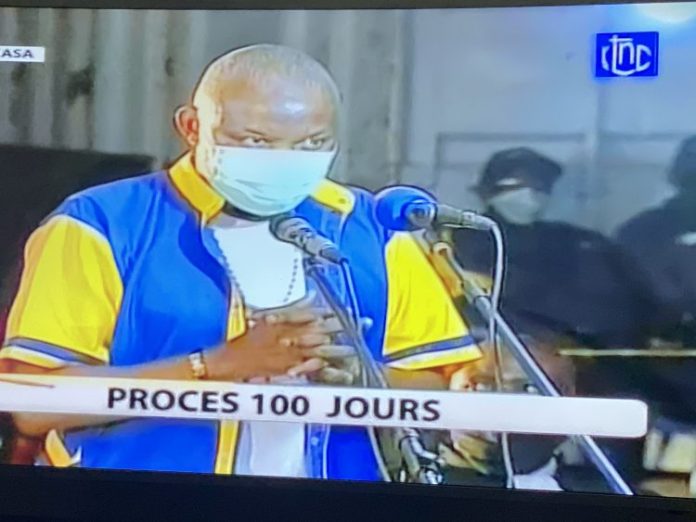 The Kinshasa / Gombe Court of Appeal on Tuesday (June 15) reduced the sentence of the president’s former chief of staff, Vital Kamerhe, from 20 to 13 years of forced labor. He was convicted at first instance in June 2020 for “embezzlement of public funds” and “aggravated corruption” as part of the work of the “100 Days Program” launched by Félix Tshisekedi after his inauguration in January 2019.

His co-accused, the Lebanese entrepreneur Samih Jammal, owner of the companies Samibo Congo SARL and Husmal, is sentenced to six years of hard labor on appeal. He was sued for having benefited from over-the-counter delivery and construction of prefabricated houses under the same emergency program.

The Union pour la Nation Congolaise (UNC), of which Vital Kamerhe is the leader, denounces a “political” verdict. “We were clearly trying to annihilate Vital Kamerhe. How to explain that the main accused Jamal Samih gets 6 years and Vital Kamerhe 13 years? Party Secretary General Billy Kambale asked immediately after the speech. “The party leadership will meet this Wednesday to exercise options. Too Much is Too Much, “he added.

For his part, Jeannot Muhima Ndoole, in charge of the import-export service, remains sentenced to one year of forced labor.

Note that Vital Kamerhe is the first political figure of this importance to be condemned for such acts in his country.