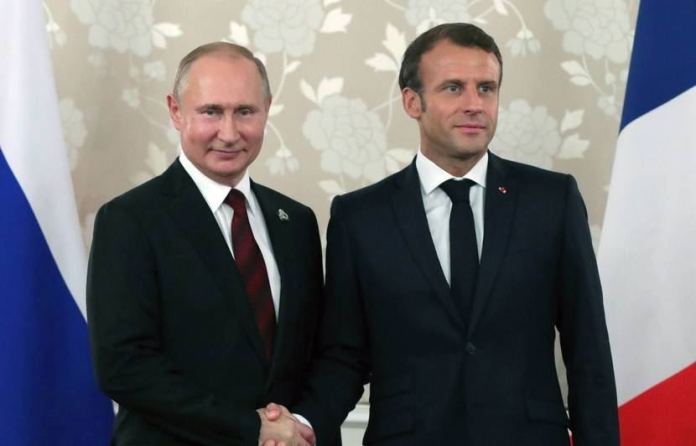 By announcing on June 10 the withdrawal of the Barkhane force as an External Operation (Opex) does Emmanuel Macron assume the possibility of a rise in Russia’s power in Mali, a country in his area of ​​influence? Launched in August 2014 to replace operations Serval in Mali and Epervier in Chad, this force of 5,100 men engaged in the fight against terrorism in five states (Burkina Faso, Mali, Niger, Chad and Mauritania) is falling back on an admission of failure .

Not only were intra-community violence and jihadist expansion not contained in West Africa like the recent Solhan massacre in northeastern Burkina Faso, but the attacks are now spreading to Gulf countries. from Guinea. At the end of March 2021, the Ivorian army was targeted by two attacks which left six dead in Kafolo and Téhini on the Burkinabè border. On June 11, an Ivorian security post was attacked in the same locality of Kafolo, resulting in the deaths of around ten people. These events follow a previous assault, in June 2020, in the same area.

By 2023, Barkhane should theoretically be replaced by a “multinational” force whose still unclear contours are to be announced at the end of June. Since the decision of the French head of state, Paris has taken advantage of the various recent international summits (G7, NATO, etc.) to initiate talks in order to give substance to this substitution mechanism. The idea is to limit land interventions as much as possible and to concentrate all efforts on European special forces by focusing on intelligence but also training, a veritable African sea serpent.

This future force, which should be located in N’Djaména, Chad, raises questions. It is hard to imagine that he could succeed in mobilizing European partners where Barkhane failed. While it was to bring together several special forces, the current European task force Takuba is already struggling to fulfill its mission. After giving their agreement to integrate it, countries like Belgium and Finland finally gave up. Portugal limits itself to participation of a humanitarian nature.

In addition, with only 2,500 men against 5,100 currently, this redevelopment should dangerously impact the states concerned. As nature hates a vacuum, this prospect could naturally push them to turn to new allies. Russia is on everyone’s lips. Since 2016, this country has gone on the offensive in Africa after a distancing in the early 1990s, following the fall of the Berlin Wall and the end of the Cold War. In recent years, it has increased the number of military and civilian nuclear cooperation agreements with several countries (Democratic Republic of Congo, Burundi, Rwanda, etc.). In his Sudanese stronghold, he is currently building a naval base.

While it is deploying in Libya or even in Mozambique, Russia has made the Central African Republic its bastion to the point of forcing France to leave this once emblematic country of Françafrique and freezing its cooperation. Its standard bearer on the continent, the paramilitary company Wagner (ChVK) founded by Evgueni Prigojine, very close to Vladimir Putin, is present there through several hundred mercenaries responsible for containing the multiple armed groups and at the same time ensuring the security of the armed groups. institutions in Bangui but also of President Faustin-Archange Touadéra. During the presidential election in December 2020, they were particularly active in preventing, alongside Rwandan soldiers and the Central African Armed Forces (Faca), the rebel incursion into the capital. A rapprochement with Mali is all the more expected given that Russia was a highly strategic partner of that country in the post-independence years. Bilateral cooperation was particularly dense during the presidency of Moussa Traoré (1969-1991) whose regime was openly Marxist-Lenninist. From this period dates the formation, in Moscow, of many Malian military and political personalities. This is the case of Bah N’Daw, ex-transitional president impeached on May 24. This Segou native was trained as a helicopter pilot. Patron of the Patriotic Movement for Renewal (MPR) which draws on the legacy of Moussa Traoré, current Prime Minister Choguel Kokalla Maiga also studied communication in the former Soviet Union.