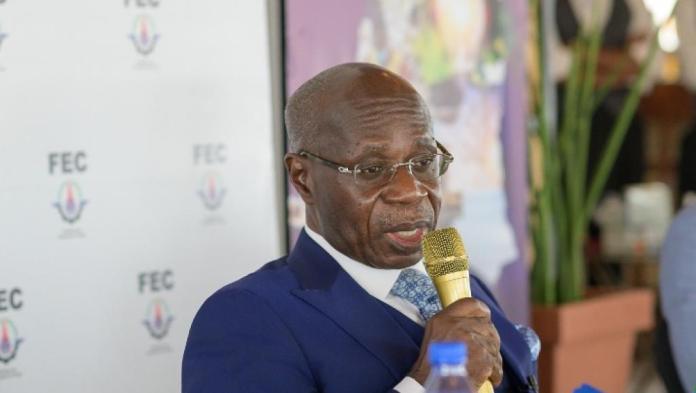 To find solutions to the challenges and economic prospects of the Democratic Republic of the Congo, the national president of the Federation of Enterprises of Congo (FEC), Albert Yuma Mulimbi, launched, Friday, June 11 in Kinshasa, a series of round tables on the major economic questions with the various socio-professional categories within the framework of the “Renaissance” project intended to transform this employers’ union into a federation open to the world.

To students in Economics from the University of Kinshasa (UNIKIN) and the Protestant University of Congo (UPC) invited to the first Economic Round Table, Albert Yuma recalled that in September 2020, during his re-election as President of the FEC, he had undertaken to carry out a program of modernization of the Federation called “Renaissance”. One of the pillars of this project is to highlight national executives, young academics who are finishing their studies.

“It was a need to meet them, to hear their concerns. I have heard a lot of proposals about the economic future of this country. This is my very first meeting as part of the Renaissance project. After this, there will be another with economic operators who are not members of the FEC, who are in the informal sector, ”explained Albert Yuma.

All issues related to key economic issues in the DRC, including taxation, parafiscality, the economic free trade zone and the informal sector in the country were reviewed. The FEC now intends to be the “relay for young people”, who must be listened to. “So that tomorrow, what our fathers and grandfathers accepted in relation to the development of this country will no longer be done; young people wanting to take control of their destiny, their economy, ”concluded the president of the FEC.