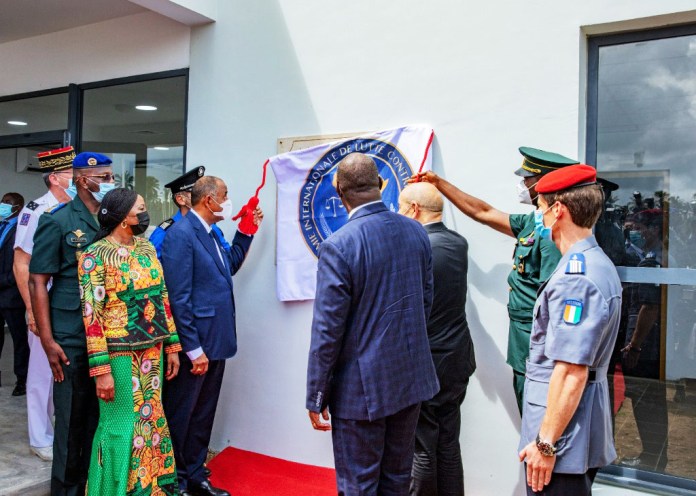 Built on an area of ​​1,100 hectares, the International Academy for the fight against terrorism (Ailct), located in Ababri, in Jacqueville (on the Ivorian coast), was inaugurated this Thursday, June 10 by the Ivorian authorities in the presence of the French minister of Europe and Foreign Affairs, Jean-Yves Le Drian.

Defeating terrorism by all means and allowing a life of peace, security, progress and freedom, is the wish expressed by the Ivorian government in common agreement with France, which hailed this infrastructure, a showcase of Africa in strengthening human capital, particularly in the security sector. “The Academy is an essential instrument in the fight against terrorism in the sub-region. Faced with this dark and predatory threat that hangs over the progress of our West African societies, we have chosen to respond with the audacity, courage, determination and committed cooperation of our nations ”, underlined Prime Minister Patrick Achi .

The Ailct is based on three distinct and complementary pillars: a training center for specialized intervention units, an interministerial training school for executives and actors in the fight against terrorism and a research institute dedicated to the study of terrorist threat, sharing doctrines and exchanging experiences. According to Téné Birahima Ouattara, Minister of State, Minister of Defense, the school includes academic buildings, housing, a 200-seat amphitheater and a training and training center, with nautical areas. The first part of the work is estimated at 15 billion FCFA.

“Our African partners can count on the support of France both in financial terms and in technical cooperation. The internationalization of the Academy will continue. All the players in the region must now fully appropriate this exceptional tool while stepping up their common commitment against the groups that threaten them, “said Jean Yves Le Drian.

Cameroon-Nigeria: Paul Biya and Muhammadu Buhari combine their efforts against secession and terrorism