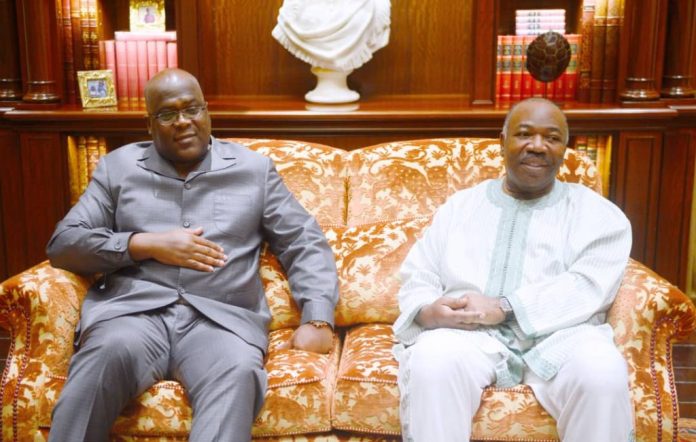 We did not go so far as to sever diplomatic relations or to recall ambassadors. But relations between Gabon and the Democratic Republic of the Congo (DRC) have been strained to say the least recently, with at the center of the disagreement, the occupation of the seat of a non-permanent member of the United Nations Security Council representing the Community. of Central African States (ECCAS).

The two countries which coveted the post for the period 2022-2023 have engaged in a standoff that has started to rub off on diplomatic relations. It took some talks at the initiative of the leaders of the sub-region for the DRC to agree to withdraw its candidacy.

According to our information, it has not been easy to reach the current outcome, especially as we “narrowly missed a diplomatic crisis between Gabon and the DRC” confides an analyst familiar with the matter. Everything was played out on June 4 in Brazzaville, Congo, during the ECCAS summit devoted to the situation in Chad, where the heads of state present and the representatives of other leaders of the sub-region agreed to the need to present a single candidacy, in this case, “the one having previously received the endorsement of the African Union”.

To understand this conflictual situation, we have to go back to the meeting of the African Union (AU) executive committee on February 3-4, 2021 in Addis Ababa, Ethiopia, when Gabon was appointed to represent Central Africa in in the same way as Ghana was chosen as the representative of the Economic Community of West African States (ECOWAS). While these candidatures had received the anointing of the continent, the DRC belatedly returned to the race. On May 29, President Félix Tshisekedi re-launched his country’s candidacy. A decision viewed with a negative eye by Gabon, forcing President Ali Bongo Ondimba to seize his peers in Central Africa to “make the DRC listen to reason”.

A salutary step, given the epilogue of this affair, since the DRC has decided to withdraw its candidacy “in order to strengthen the unity of the continent and to preserve the climate of fraternity in Central Africa”. For the Congolese authorities, “the head of state has taken the option of postponing the candidacy of the Democratic Republic of Congo for this post for the period 2026-2027”.

It did not take more for the tension more and more lively between Gabon and the DRC to fall and bring back to good life, the relations between Kinshasa and Libreville which have also magnified “the fraternal relations” which unite the two. country. Good news for Africa which is narrowly avoiding a diplomatic crisis, while the elections scheduled for June 11, 2021 at the United Nations headquarters in New York will unveil the next fifteen non-permanent members of the UN for the period 2022 -2023.