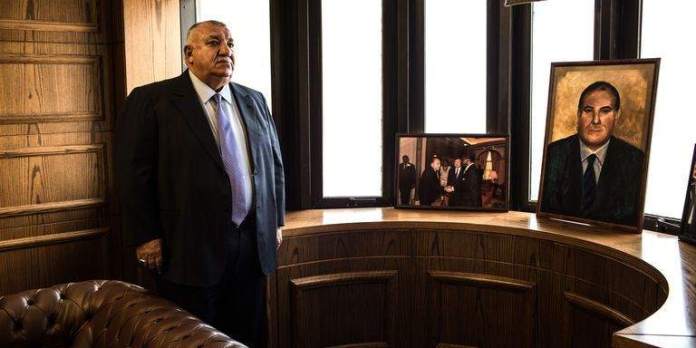 The Paris Court of Appeal dampened the hopes of the Congolese President, Denis Sassou Nguesso, of flying one day on his luxurious Falcon 7X acquired in 2014. In a judgment of June 3, the court did not grant the request of Brazzaville to release the plane seized, in June 2020, at Bordeaux-Mérignac airport, in the south of France, as part of the heavy dispute between Brazzaville and Mohsen Hojeij.

For several years this businessman of Lebanese origin, boss of the construction company Commisimpex, has been attacking the assets of the Congo by asserting a debt which today amounts to more than $ 1.5 billion for projects carried out in the 1990s in the Congo and not settled. This claim is made final by two arbitral awards of December 2000 and January 2013.

The seizure of the Falcon 7X in the colors of the Republic of Congo comes in addition to many other operations of the same type on French territory. While Congo’s lawyers defended the inalienable nature of the device, as part of the presidential fleet, the court refers to a judgment of February 2020 authorizing the businessman to seize all the assets of the Congo except ” those used or intended for use in the exercise of the functions of the diplomatic mission of that state ”.

However, the Court of Appeal, basing itself on the Vienna Convention aimed at protecting property intended for diplomatic representations (embassy bank accounts, chancellery, etc.), recalls that aircraft do not fall within the spectrum of a diplomatic mission . This is all the more so as Mohsen Hojeij’s lawyer in France, Jacques-Alexandre Genet of Archipel law firm, has demonstrated that the device has been used mainly, in recent years, for private purposes by the first lady Antoinette SassouNguesso.

Brazzaville should appeal to the Supreme Court. On the advice of the boss of Commisimpex we are preparing to auction the device in the second half of 2021, the appeal not being suspensive. More than $ 25 million is expected from the operation amid strong demand for private jets amid a global pandemic. The aircraft is currently still in Bordeaux at the premises of Falcon Aviation. The expected peak is not insignificant but very far from the claimed claim. While the Congo still refuses to pay its claim, the total amount recovered so far through foreclosures does not exceed $ 50 million.

After the failure on the accounts of the Congo Embassy in France, other operations were more successful. Last January, shipments from the Société Nationale des Pétroles du Congo (SNPC) recovered more than $ 30 million. According to exclusive information from Financial Afrik, several apartments in Paris as well as a villa in Vaucresson in the chic western suburbs of Paris are currently under seal pending sale.