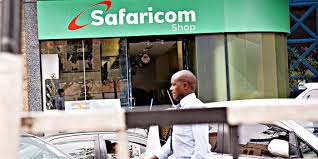 Telecom operator Safaricom said on Monday (June 7) that it plans to write off a debt of 1.5 billion shillings ($ 14 million) owed by rival telecommunications companies Telkom and Airtel. This after having made provisions for loss of funds.

Both operators must pay Safaricom for the use of its infrastructure. These are the colocation and interconnection charges for inter-network calls.

“Regarding the expected losses, we also talked about it in the first half of the year. We’ve also seen the build-up of losses from Telkom Kenya, and the overall co-location and interconnection is about $ 1.5 billion, so that’s a big part of the increase in expected losses that you were able to compared to last year, ”said Dilip Pal, Chief Financial Officer of Safaricom.