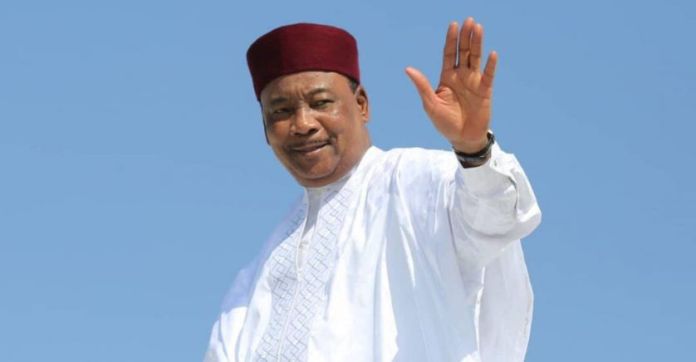 Former Nigerien President Mahamadou Issoufou received the 2020 Ibrahim Prize for Excellence in Leadership in Africa, during a Special Prize ceremony held during the Ibrahim Governance Weekend 2021 which opened on Thursday, June 3. The event will run until June 5. The awarding of the prestigious award to the ex-strongman from Niamey was announced last March.

“President Issoufou has marked the history of Niger. He paved the way for the very first democratic transition of power in Niger. His example shows that those who lead, no matter what the challenges, can do so with the utmost respect both for the citizens they serve and for the rule of law, ”said Festus Mogae, Chairman of the Board of Directors. Price and former President of Botswana.

Saying that he was moved and proud that the members of the Ibrahim Prize committee had chosen his person, President Issoufou said that through him, “it is the whole of the Nigerien people who are honored. I would like to thank President Festus Mogae and the members of the Ibrahim Prize committee who were kind enough to choose my modest person. I greet and congratulate Mo Ibrahim as well as the Mo Ibrahim Foundation for their multifaceted support which they bring to the process of emergence of our continent “.

The Ibrahim Prize is a US $ 5 million award that recognizes and celebrates excellence in African leadership. It allows the African continent to benefit from the experience and wisdom of its exceptional leaders by giving them the opportunity to pursue civic action on the continent once their national mandate has ended.

The award ceremony is part of Ibrahim Governance Weekend 2021, which is usually held in a different African country each year, has exceptionally been held in a virtual format this year due to restrictions related to Covid-19.

The Ibrahim Forum 2021 focuses on “One year of COVID-19 in Africa: impacts and perspectives”, a new report from the Mo Ibrahim Foundation which analyzes the health, economic, social and political fallout from the pandemic and highlights the main avenues for the end of the crisis of the continent.