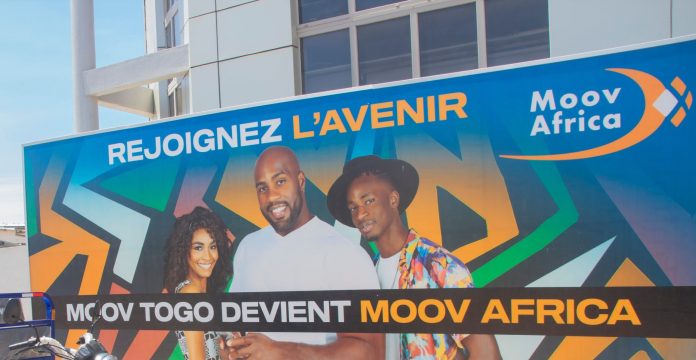 The Togo Electronic Communications and Postal Regulatory Authority (ARCEP) announced on May 26, 2021, that it had fined nearly 600 million CFA F (a little over one million USD) against of Moov Africa Togo, a subsidiary of Maroc Telecom, for failure to comply with the obligation of permanent, continuous and regular availability of mobile electronic communications services.

According to the regulator, this sanction taken and notified on May 18 to the company “stems from the observation of significant, recurring and lasting cases of unavailability of its networks and services, from June 2020 to April 2021, in a large number of localities, thus causing serious damage and inconvenience to hundreds of thousands of consumers ”. The private operator will have to pay the fine – which corresponds to 1% of its certified 2019 turnover – within 30 days, subject to a penalty of 20 million CFA francs per day of delay.

This decision by ARCEP comes after a public hearing was held between a delegation from Moov Africa Togo led by its managing director Abdellah Tabhiret, and the telecoms gendarme represented by its managing director, Michel Yaovi Galley. During this hearing, the mobile phone operator sharply accused the Togo Electric Power Company (CEET, in charge of electricity distribution) of failing to meet its obligations to provide electricity. “We have invested an average of 61 million FCFA to repair the inconvenience caused by the power cuts,” said the director general, who did not fail to request a moratorium to correct the shortcomings identified by the regulator.

“Through this sanction, the ARCEP Management Committee intends to oblige Moov Africa Togo to respect its specifications. In this case, the disruptions related to the supply of electrical energy as well as the cutting of cables by third parties, invoked by Moov Africa Togo, do not constitute a case of force majeure and therefore cannot exempt it from compliance with its obligations, ”insists the regulator in its press release. Adding that the company “had sufficient time to deploy effective and efficient alternative solutions to guarantee the availability of its services”.

This fine from Moov Africa Togo also follows that of 1 billion CFA francs imposed in February 2021 on Togocom, a subsidiary of the Malagasy group Axian, for tariff differentiation. Brought to the Supreme Court by the operator, the case was decided on April 26 in favor of the regulator.

Positive performance for Maroc Telecom in the first quarter