Kizzmekia Corbett, an African-American scientist at the heart of the development of the anti-Covid-19 vaccine 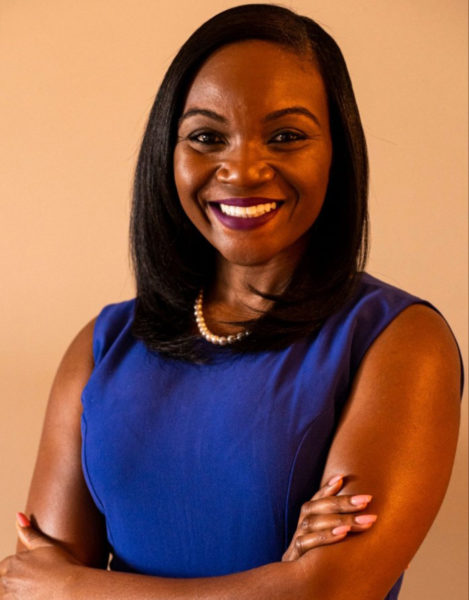 Kizzmekia “Kizzy” Shanta Corbett is an African American viral immunologist working in the Vaccine Research Center of the National Institute of Allergy and Infectious Diseases, National Institutes of Health located in Bethesda, Maryland, United States. Zoom on one of the key pieces of the fight against Covid-19.

Corbett has been revealed since the outbreak of the pandemic as the scientific expert at the forefront of the global race to manufacture the SARS-CoV-2 vaccine, and as one of the scientists whose name will be inscribed in the pantheon of history of humanity as one of the key players in the development of science that could end the Covid-19 pandemic. Because she is one of the leading scientists at the National Institutes of Health (NIH) behind the search for a vaccine recommended by the US government. Corbett is part of an NIH team that worked with Moderna Laboratory, the pharmaceutical company that developed one of two mRNA vaccines that have been shown to be over 90% effective

Less than a year after the virus rocked the whole of mankind and primarily the United States, the vaccine began to be given to millions of healthcare workers and others at high risk. . Before the pandemic, Corbett was part of a team at the National Institutes of Health whose research into other coronaviruses laid the foundation for the design of the Covid-19 vaccine. These early efforts were instrumental in the unprecedented speed with which their vaccine was developed in collaboration with biotech company Moderna.

Corbett is not just a renowned immunologist; she is a powerful voice that raises awareness of racial disparities in health and encourages confidence in science. During an exceptionally difficult period of scientific history in the 21st century, Corbett is a beacon of hope and a source of inspiration for scientists to come.

After being at the heart of the development of the anti-covid vaccine, Corbett takes up another challenge: to temper reluctance towards vaccines by talking about the science of Covid-19 in Afros communities very resistant to vaccination against the virus. She is one of the black scientists and doctors who do this outreach, often virtually, in their spare time. Researchers say there is a need to make scientific knowledge accessible in public forums, to alleviate health disparities.

In the United States, Covid-19 has affected blacks, Native Americans and Latin Americans at higher rates than whites, for reasons rooted in racism and historical segregation. At the same time, people in these aforementioned groups are more wary of Covid-19 vaccines. In a December survey by the US Centers for Disease Control and Prevention, 46% of black adults said they likely would not get vaccinated against the SARS-CoV-2 coronavirus, compared to 30% of white respondents . Those who were hesitant raised concerns about side effects and the speed at which vaccines were developed. A legacy of exploitative medical research, like the infamous syphilis studies in Tuskegee, Alabama – in which doctors denied treatment to hundreds of black men in the 1930s and 1970s – contributes to this skepticism. It is in this context that the brilliant black American scientist is working to break the skepticism developed in the circles of Afro and Latino communities to sensitize them on the benefits of science in particular on the hope aroused by the vaccine of which herself. happens to be the key figure in scientific discovery.

Prior to the COVID-19 outbreak, Corbett was part of an NIH team in Bethesda, Maryland and elsewhere that was designing vaccines for other coronaviruses in collaboration with Moderna. Scientists’ mRNA technology delivers a piece of genetic code to a person’s cells to create immune-stimulating viral proteins. When the epidemic began, the team mobilized to quickly identify the genetic sequence of SARS-CoV-2 that they would need to make a vaccine against Covid-19, which Moderna then produced. Before human trials began, Corbett designed animal tests of the vaccine and developed tests that measured its effectiveness in clinical trials.

Nature spoke to Corbett between appointments in his busy schedule, which included virtual events at churches and community gatherings to talk about vaccine science, attend NIH group meetings, and tweet about biology. virus and vaccine misinformation under the name @KizzyPhD. For the Afro scientist, what is very worrying is what is happening on the networks, in particular the development of the most eccentric theses which lead some communities to hesitate to believe in the effectiveness of the vaccine since it has been developed rapidly. These include questions about DNA and fertility. In this regard, she argues that speed is the most important thing and new technology is another. There are questions around the security of the technology, especially in the long term.

With reluctance reaching its highest point within the Afro community, one of Moderna’s bosses, to reassure, said “Corbett’s role as one of the scientists behind vaccines should be a sign of ‘hope for black Americans who hesitate to trust the vaccine’.

Throughout the coronavirus pandemic, black communities have been infected at a disproportionate rate across the country, according to the CDC. But according to a November Axios / Ipsos poll, only 55% of black Americans said they would take a vaccine if it was proven safe and carried out by authorities.

In an interview on CNN Corbett said, “The first thing I might want to say to my African American siblings is that the vaccine you are going to take was developed by an African American woman, that’s a fact. history and pride for the black community around the world ”.