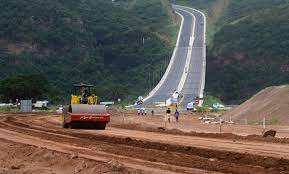 The African Development Bank (AfDB) consolidates its position as one of Cameroon’s main development partners with around thirty active projects. The AfDB group’s portfolio of operations, which stood at around 900 billion CFA francs ($ 1.6 billion) in 2018, currently stands at 1482 billion CFA francs, or $ 2.7 billion.

This envelope encompasses thirty-three projects spanning several production sectors, including agriculture, health, education, water, energy, transport and infrastructure. Funding that has contributed to the implementation of the development program, to the recovery of economic growth and to the strengthening of regional integration, according to the Ministry of the Economy, Planning and Development of territory.

Among the integrative projects in the CEMAC area with funding from the ADB Group, we can notably mention the project to build the bridge over the Logone connecting Cameroon to Chad; the Cameroon and Chad power grid interconnection project, the Ngaoundéré-Ndjamena railway line extension study and the livestock and fish farming value chain development project.

At the end of his stay in Cameroon as country manager of the ADB, Solomane Koné also announced the launch of the Ring Road construction project in the North-West region to lead to Nigeria whose loan agreement is pending. signature as well as the construction of the bridge over the Ntem river to link Cameroon to Gabon and Equatorial Guinea.

CEMAC: suspension of adjustments to the eligibility conditions of guarantees for BEAC refinancing operations

The Final Conference takes place on June 24, 2021 on the sidelines of the Annual Meetings of the African Development Bank