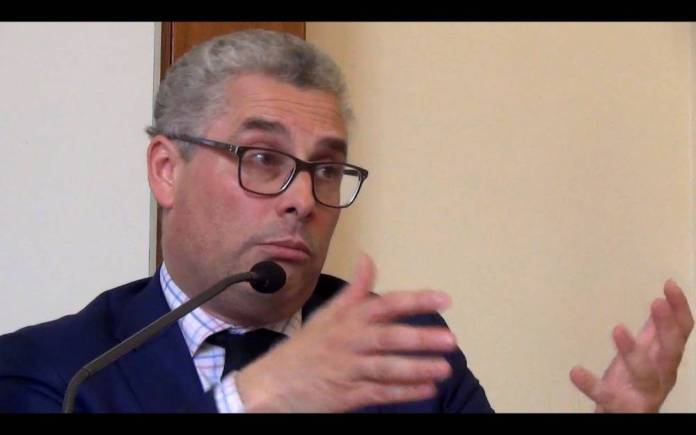 Has the quarrel between Morocco and Germany reached its climax? The recall of the ambassador of the Kingdom of the Shereefian Kingdom in Berlin might suggest so. Financial Afrik asked Emmanuel Dupuy, president of the Institute for Prospective and Security in Europe (IPSE), to decipher this politico-diplomatic imbroglio which not only affects Berlin, but also concerns Spain.

Is Morocco right to stand up to Germany? Several economists have already pointed out the repercussions that the diplomatic anger between the two countries could have on the important economic interests linking the Shereefian Kingdom to Germany, in particular in the port of Tangier Med. However, this quarrel, which officially dates back to last March, far from weakening the position of the Shereefian Kingdom, is even reinforcing it in Africa. The president of the Prospective and Security Institute in Europe (IPSE), Emmanuel Dupuy, notes that to date “no less than 21 countries have already agreed to open a consulate in Dakhla and Laâyoune, a large part of them in Africa”.

By scrapping with Germany, Mohammed VI would thus find himself strengthened in his father’s determination before him to have Morocco’s sovereignty over its Saharan provinces recognized. While concretizing its plan “to anchor Morocco’s return to the African Union for a long time while awaiting its integration into the Economic Community of West African States (ECOWAS)”, argues the president of IPSE . With, on another front, “a considerable advance of Moroccan diplomacy in Latin America concerning the recognition of the sovereignty of Morocco over Western Sahara”, he adds.

Spain, also on the index

Although not the only bone of contention between Rabat and Berlin, “the hard-line position of Germany which defended the status quo ante against the American decision up to the UN Security Council, without however being heard, ended up provoking the ire of the Moroccan Minister of Foreign Affairs, ”recalls Emmanuel Dupuy. In a press release dated May 6, the latter also announced the recall of his ambassador to Germany “for consultations”, deeming Berlin’s diplomatic harassment against Morocco very “negative”. After the decision of former US President Donald Trump, on December 10, to reopen an economic interest section in Dakhla, calling into question the non-recognition of Morocco’s sovereignty over its Saharan provinces, which have been disputed for forty years by the Polisario Front, supported by Algeria, – Moroccan diplomacy has never ceased to denounce “infringing actions” with regard to the higher interests of the Kingdom and to complain of “antagonistic activism” of Germany in his regard, the statement said. In return, Rabat concretized the resumption of its relations with Israel by recognizing the Hebrew state.

Emmanuel Dupuy stresses, however, that Morocco is not just in trouble with Germany. “The current crisis with Spain seems even deeper to me,” he says, following what the Spanish media have denounced as the ‘Ghali gate’, named after Brahim Ghali, the head of the Polisario. According to several sources, the latter was able to enter Spanish territory with the proven complicity of the Algerian state, which allegedly provided him with false documents and logistics to be hospitalized there. This prompted an immediate summons from the Spanish ambassador to Rabat, summoned to explain this clandestine entry. “Spain is, today, one of the main European investors in Morocco with 12 billion euros of foreign direct investment in 2020. The Cherifian sovereign did not fail to remind his Spanish counterpart, the king Felipe of Spain, the great economic convergence between the two countries, in addition to their common history ”, insists the president of IPSE.

Lack of recognition of Moroccan mediation on Libya

On May 5, hundreds of Moroccans living in Spain demonstrated in several towns to denounce the Spanish government’s leniency towards the Polisario leader. The Iberian justice, for its part, wishes to hear him on several serious crimes with which it is accused, ranging from rape to terrorism, including genocide and acts of torture and disappearances. But, for Emmanuel Dupuy, the results of the last regional elections, which flattened the Podemos (far left party, member of the ruling coalition), leading to the resignation of its leader Pablo Iglesias, could augur a change of attitude of Madrid which has always shown unconditional support for the Saharawi cause. “In this case, Rabat should emerge even more comforted vis-à-vis Europeans and, in particular, Germany, and in particular with regard to its mediation efforts in Libya”.

The Moroccan foreign ministry deplored in its press release of 6 May Germany’s “continued determination” to combat Morocco’s regional role, particularly in the Libyan dossier. Rabat, who was not invited to the Berlin conference on the future of Libya in January 2020, has never forgiven Germany for the move. Another political grievance, this time, of Rabat against Berlin, its “complicity in regard to a former convict of terrorist acts.” This is Mohamed Hajib, a German-Moroccan national sentenced in 2010 in Morocco to ten years imprisonment for “terrorism”, a sentence reduced to five years in early 2012, and who regularly publishes criticism of Morocco on social networks. The attitude of the German authorities, “to say the least embarrassed in this affair, seems to support the thesis according to which Mohamed Hajib would work for the German services”, with which the Moroccan authorities had, however, fully collaborated during the attacks of December 19, 2016 on the Berlin Christmas market which left 12 dead and 70 injured, regrets Emmanuel Dupuy.