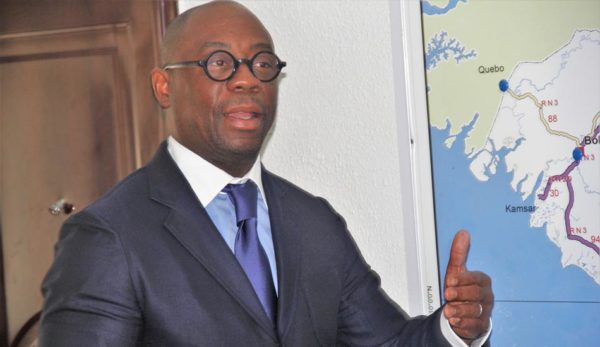 Mr. Serge Ekue, President of the West African Development Bank held today a virtual press conference to review his achievements after the first six months at the helm of the institution. He announced a volume of funding of about XOF3.3 trillion (€5.03 billion) for WAEMU countries as part of  Plan Djoliba 2021-2025.

This meeting with journalists from the African, European and international press was an opportunity for President Serge Ekue to go over his achievements in a few figures, to discuss development issues and challenges facing member countries and the Bank’s commitments over the next five years.

In six months, a significant number of projects and reforms for the institution has been launched, materialized by the implementation of the 2021-2025 strategic plan referred to as “Djoliba”.

Over the period, the Bank distinguished itself by completing the first ever sustainable development bond issue in Africa. An ambitious operation reflecting the new dynamics of the institution and which made it possible to raise €750 million meant for funding projects with a strong social and environmental impact.

During these six months, the Bank also played an active role alongside WAEMU member countries in response to the coronavirus pandemic. This strong commitment has materialized into the implementation of two programmes for a cumulative amount of XOF300 billion (€457 million) as part of various partnerships with BCEAO, the WAEMU Commission, and AFD, decided upon when the first impacts of the pandemic appeared in the first half of 2020. These funds made available and intended for supporting member governments’ emergency plans, but also private companies, in particular, which are heavily affected by the pandemic.

At last, these 180 days have enabled the Bank to continue its reflection on the strengthening of its capital base with a view to preserving its investment grade rating and increasing its capacity to mobilize resources on the international financial market.

“We plan to double the Bank’s capital through the structuring of a capital increase operation in which member countries and BCEAO will remain the reference shareholders, but with the possible entry into the capital of strategic partners rated AA or higher,” said President Serge Ekue.

With a population of nearly 130.8 million and a per capita income of US$970, WAEMU countries fall into the category of “low human development countries”. The Bank’s priority challenges are therefore those relating to improved basic human needs, including access to drinking water and electricity, population growth, health, climate and environment, education, etc.

To meet these challenges, investments of nearly XOF19,000 billion (or €29 billion) will be needed each year to achieve the sustainable development goals (as defined by the UN) by 2030.

Consequently, the Bank therefore aims to intensify its support to its member countries through the provision of appropriate financing and financial advisory services.

Through its strategic plan Djoliba (2021– 2025), the Bank’s interventions will mainly focus on the five priority sectors of agriculture and food security, renewable energy, basic infrastructure, health, education and social housing.

“The Bank is therefore committed to granting a volume of funding of about XOF3.3 trillion (€5.03 billion), at least ¼ of which will support private sector development; an increase of about 50% compared to the funding put in place during the previous plan,” said Serge Ekue.

This plan will have significant concrete impacts on:

[1] This represents an estimated annual contribution of 0.8% to the WAEMU annual GDP.

Guinea: ECOWAS backs to the wall after Mamadi Doumbouya’s about-face