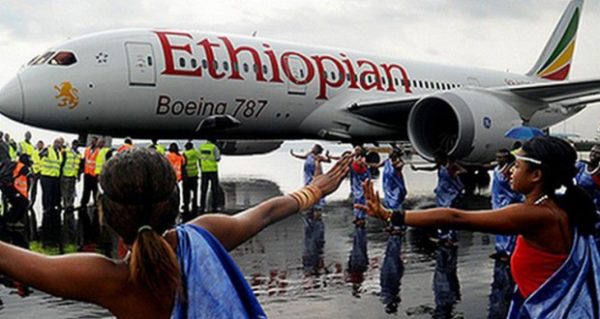 More than a year after the start of the Covid-19 pandemic, the global airline industry remains in the red with devastating consequences for this sector in Africa as highlighted by the African Economic Commission (ECA) and the Airlines Association African Airlines (AFRAA) in its report entitled “African Airlines in the Context of the Civod 19 Pandemic, Overcoming a Liquidity Crisis, published March 3”.

Most of the continent’s companies find themselves in a virtual insolvency situation with a level of financial losses set at over $ 10 billion for the entire sector. This is particularly true for Ethiopian Airlines, which reports a $ 3 billion drop in revenue in 2020. Ethiopian lost $ 430 million with thousands of jobs at risk in the country. While the air generated $ 70 billion annually on the continent, flights from Africa fell 95% last year compared to 75% on average in other parts of the world.

This tense climate also suffers from the absence of an ambitious recovery plan and support mechanisms despite a few national initiatives such as in Senegal. “If the African States have provided budgetary aid to cope with the economic and social consequences of the pandemic, most have not provided direct support to their national company”, judges the report which specifies: “Contrary to what is happening happening in Africa, states in other regions of the world have put in place aid measures for their airlines, including direct support, loan guarantees, equity investments and rent waivers ”. By comparison, Germany has injected $ 9 billion to support its flagship Lufthansa and the US administration has decided to devote $ 60 billion to support its sector.

However, the debt of companies continues to swell with its suppliers and its creditors (aircraft manufacturer, leasing company, banks, financial institutions, etc.). To contain the crisis, the ECA evokes several urgent avenues. It suggests in particular the drastic alleviation of budgetary constraints through the postponement of all the repayment deadlines of the players in the sector, in particular loans but also airport fees. An exemption from taxes and duties on passengers and fuel is also requested. As it stands, these measures can help contain the crisis while helping to preserve credit lines and ultimately corporate liquidity. The report also calls for urgent access to finance in the form of grants, concessional loans with fast-track granting procedures, grants, central bank liquidity lines and cash support mechanisms.

Five organizations (IATA, AFRAA, Airline Association of Southern Africa (AASA) the World Tourism Organization (UNWTO) and the World Travel and Tourism Council are also calling for the release of $ 10 billion in funding to help curb some of the situation and to avoid large social plans in the event of no change in the situation in the coming months. These various proposals are being studied as part of a strategy for the recovery and sustainability of the aviation sector currently in progress. being developed by the African Union and the African Civil Aviation Commission (Cafac).