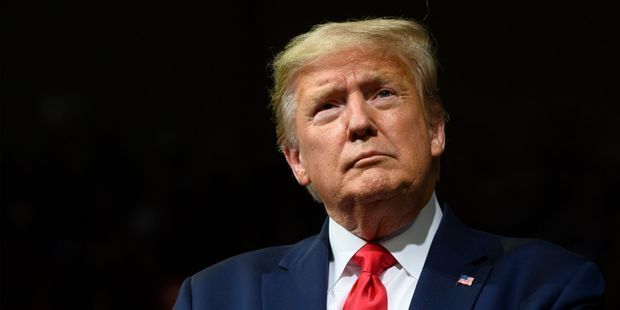 Former US President Donald Trump is nominated for the Nobel Peace Prize alongside, among others, the Black Live Matters movement, which he fought during his tenure (2016-2020). A divisive man, a supporter of the old slogan, “law and order,” the billionaire who struggled to accept his defeat is nonetheless one of the few US presidents not to start a new war. In the Middle East, he succeeded in making a historic rapprochement between Israel and the Sunni bloc led by Saudi Arabia, the United Arab Emirates, Egypt and Morocco. If he wins the Nobel Peace Prize, Donald Trump, nominated in particular by parliamentarians from the Austrian far-right, will suffer from having obtained it after a certain Barack Obama, winner of the year 2009, just a few months after having crossed the White House with his “Yes we can”, a hurricane-like slogan that ultimately did not change America.

The great democracy still suffers from the after-effects of segregation and the violence that engendered it. Hence the legitimacy of “Black Live Matters,” a progressive movement launched in response to frequent police blunders against men of color. Clearly, between this anti-racial movement revitalized by the appalling murder of George Floyd and a president who has had an ambiguous attitude to racism, the Nobel committee will have a hard time making its choices. Unless we throw ourselves into the arms of the average measure, the happy medium and the consensus represented in the list of nominees by personalities and institutions who militate for the general interest.

This is the case, for example, of the Swedish activist Greta Thunberg, a leading figure in the fight for ecological transition or even the World Health Organization (WHO), although criticized for a supposed alignment with Beijing’s positions. Russian dissident Alexei Navalny, currently in custody, is among the potential recipients. The French Zineb El Rhazoui is also part of the list of nominees. Human rights activist, writer and journalist, the Franco-Moroccan is controversial because of sometimes borderline positions in the Franco-French debate. Note that former top White House adviser Jared Kushner and his deputy Avi Berkowitz are also nominated. In all, there would be 318 candidates selected by the deadline of January 31, 2021. The Nobel Committee will make a first selection to retain 199 profiles on which the future winner will be designated next October.

As a reminder, the candidacy for the Nobel Prize is open to all heads of state and politicians in office at the national level. University professors, directors of foreign policy institutes, former Nobel Prize winners and members of the Norwegian Nobel Committee are also among those deemed qualified to apply for the prize. Nominations do not require an invitation and as long as they are entered by February 1 of the qualifying year, they will be accepted. In the past, high figures have been awarded this Nobel. Among others, Martin Luther King Jr, Nelson Mandela and Mother Teresa. Note that a certain Adolf Hitler was nominated in 1939 before his name was withdrawn in a prize open to all opinions and which is never safe from controversy.