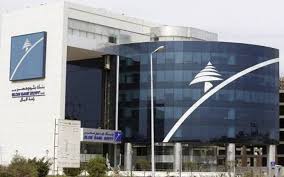 Lebanese bank BLOM Bank announced on Sunday (January 17th) that it had sold its 99.4% stake in its Egyptian subsidiary BLOM BANK Egypt to Bahraini bank Bank ABC for an amount of $ 427 million.

The transaction, subject to regulatory approvals in Bahrain, Egypt and Lebanon, is expected to close in the first half of 2021. The transaction includes all physical and non-physical assets of Blom Bank Egypt as well as accounts clients. The bank had started talks with ABC in December.

Once validated, the acquisition will allow BLOM Bank to subscribe to Banque du Liban (BDL) capital increase requirements – an increase of 20% over the level at the end of 2018.

“We have an active relationship with our regulators and will work to secure their approvals to complete the deal as quickly as possible. We will then look forward to working with our new team at Blom Bank Egypt to combine Bank ABC Egypt and Blom Bank Egypt, thus creating a new powerhouse in the Egyptian banking sector. This transaction demonstrates our continued commitment to our stakeholders and our dedication to our strategy, ”said Saad Azhari, President and CEO of Blom Bank Lebanon.