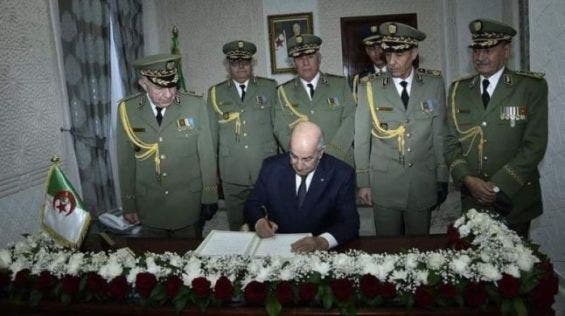 He had to convince himself that he was better off with a suspicious public opinion. But, two weeks after his return to Algeria where he promulgated the new constitution resulting from the referendum of November 1, 2020, ratified the 2021 finance law and, among other urgent matters, launched an investigation into the wheat sector and sacked the minister. of Transport, President Abdelmadjid Tebboune, 75, returned to Germany on Sunday January 10, 2021 for health care, paving the way for new speculation.

According to the presidency, it is a “foot problem” and not complications directly linked to Covid-19, which he contracted at the end of October and which will keep him in Goethe’s country for two months. It should be noted that since his return on December 29, the president has been wearing a brace on his right foot, according to screenshots from a television video.

Algerians who have lived through the long episode of 6 years of uncertainties about the health of former President Abdelaziz Bouteflika, who suffered a stroke in 2013 and kept in power for 6 years in a state of near-comatose health, must any information be content with a message posted on social networks. “Not long ago, the President of the Republic, Mr. Abdelmajid Tebboune, left for Germany to treat foot complications after being ill with Covid-19”, informs a statement posted on the Facebook account of the presidency Algerian.

For his part, President Tebboune had specified that his new trip to Germany was well planned: “my return to Germany was planned, as the doctors had scheduled, to continue the treatment protocol. I want the duration of my medical trip to be very short, ”Mr. Tebboune explained before his departure in a brief statement broadcast by public television.

And the Algerian head of state clarified: “It is possible that I will undergo a simple surgery on the foot”. President Tebboune, 75, and a heavy smoker, left Berlin on December 29 after hospitalization, followed by convalescence, after contracting the new coronavirus in October from those around him in Algiers. Hospitalized on October 27 in a military establishment in Algiers, he was transferred urgently to a specialized establishment in Germany on October 28.