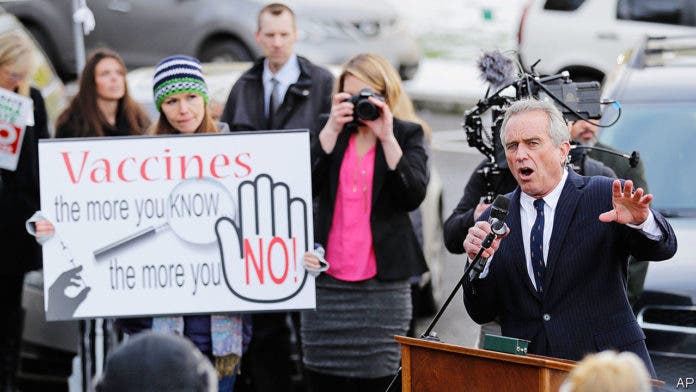 The covid-19 vaccination campaign began in Europe on December 27 and is unlikely to hit Africa until March according to the best forecasts. But already, doubt is settling on the old continent while the Pfizer-Biontech vaccine, the only one authorized, pending that of Moderna or even Sanofi (at least 6 months late), continues to to be transported in what constitutes a logistical challenge not to be underestimated. Once the logistical challenge has been met, it will be necessary to address the doubt, fueled by social networks and the conspiracy theory characteristic of this post-truth era that Ralph Keyes predicted in his seminal work, “The Post-Truth Era” published in 2004.

Paradoxically, it is in the land of Descartes, father of Cartesianism, that anti-vaccines are most numerous. Indeed, according to a recent IFOP survey, 59% of the population does not intend to be vaccinated. At Don Quixote, no one believes in Windmills anymore. Some 28% of Spaniards do not intend to be vaccinated (up from 41% a few weeks ago). In the treacherous Albion, according to a survey of a sample of 4,000 people, some 54% said they “would definitely take” a Covid-19 vaccine. This number fell 6.4% under the blow of the antivax. In short, in all European countries, the wave of antivax or “vaccine hesitants” is rising, pushing governments to react, sometimes in the strongest way, at the risk of being accused of infringing freedoms and democracy.

Thus, in Spain, a register of people refusing to be vaccinated against Covid-19 will be kept and shared between the other countries of the European Union but will not be made public, hastens to specify, Monday, December 28, the Ministry of Health, in an interview with the television channel La Sexta. The ministry also specifies that the said vaccine is not compulsory. In Israel, state prosecutors have warned that spreading false information about the vaccine could constitute a criminal offense. Facebook deleted dozens of posts containing lies about vaccination.

Faced with the rising wave of antivax, some do not go dead hand: “Anyone who wants to categorically refuse vaccination, he should, please also always carry a document with the inscription:” I do not want to be vaccinated! “”, Says German geneticist Wolfram Henn on Saturday in the columns of the very popular Bild. For the scientist, the anti-vaxes must say this: “I want to leave the protection against disease to others! If I get sick I want to leave my intensive care bed and respirator with others. ”

Far from the wave of protest coming from Europe, Africa patiently awaits its first doses of vaccine by rereading Samir Amin and his theory on the center and the periphery. Zone least affected by the coronavirus, is the land of Lucia also shared by doubt as some groups in social networks would suggest? For the time being, the rare studies carried out suggest a stronger adhesion to the vaccine than in Europe. Thus, 2 Moroccans out of 3 (68.6%) would have used “certainly” a vaccine against the Covid-19, if it were to emerge, reports an investigation of the High Commission in the plan on the behavior of the Moroccans vis-a-vis the pandemic. The proportion remains higher in rural areas (78.4%) than in urban areas (64.2%).

Afrique du sud: Absa Group on a growth trajectory despite the breakthrough of Covid-19