China’s historic 2020 participation in the G20’s Debt Service Suspension Initiative (DSSI) marks an important moment in China’s increasing multilateralism. However, while the DSSI gives African governments short-run fiscal space, it also accentuates medium-term debt distress. An ambitious DSSI+ architecture that enhances the transparency and consistency of China’s participation, ensures equal treatment across creditor types, and brings to the fore debt forgiveness is needed to address solvency crises in addition to liquidity ones.
Such a DSSI+ framework of sovereign debt measures could raise the creditworthiness of borrowers post-restructuring. China (A+/Negative) has significantly expanded its economic and financial ties with African governments, swiftly becoming the region’s single most important creditor. With almost a third of African sovereigns’ external debt service over 2020-24 due to be paid to China, its involvement in the G20’s DSSI has been crucial. With the extension of DSSI beyond 2020, Angola and Djibouti could see total DSSI savings on bilateral loans from China alone of above 4.5% of 2019 GDP on 2020-21 debt service.
However, while suspension of debt service on bilateral loans is credit positive near term, it could raise debt-servicing distress later: Angola, Djibouti and Mozambique could each see increases in their debt servicing requirements over 2022-24 of over 1% of GDP on average per year due to DSSI participation, from the shifting of payments to later years on NPV-neutral bases (see Annex I for DSSI’s term sheets). With half of all sub-Saharan African sovereigns being at risk of or in debt distress entering 2020, this transfer of debt distress from near- to medium-term could be credit negative should a more systemic sovereign debt crisis develop.
https://www.scoperatings.com/ScopeRatingsApi/api/downloadstudy?id=70408d93-61d7-45b5-8747-82ed99bf6d0b 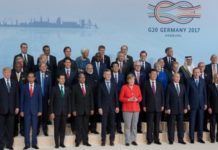 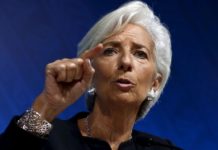 The G20 is worried about Africa’s debt 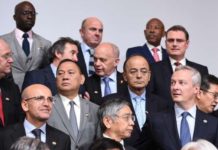 The G20 diverges on the regulation of cryptocurrencies