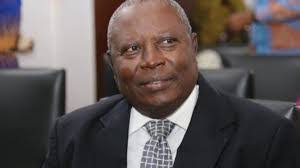 Indeed, the anti-corruption prosecutor openly accuses the Ghanaian head of state Nana Akufo-Addo of “political interference” in the smooth running of his work by infringing on his prerogatives of independence vested in law. This resignation also comes three weeks before the presidential election.
The resigning prosecutor asserted with pomposity that he remained convinced “that he was no longer able to carry out in all independence” his work, in a letter of resignation addressed to the president and made public. He exclaimed: “You mistakenly thought that I could perform my duties as special anti-corruption prosecutor like your poodle,” he wrote in his letter.
Mr. Amidu accuses, among other things, President Nana Akufo Ado of trying to get him to bury an explosive report concerning an offshore company set up by the government to manage the mining royalties of the country, Africa’s largest gold producer. He also accuses the head of state of trying to be “judge and party” as the report points to negative practices in the fight against corruption within the presidency.

Mr. Amidu’s resignation comes in the midst of the electoral campaign ahead of the presidential election on December 7. Current President Nana Akufo-Addo, running for reelection, will face former head of state John Mahama of the late President Rawlings party in a very close ballot. The Ghanaian presidency has not yet reacted to these accusations, we tried in vain to reach the chief of staff of the head of state. However, the Ghanaian executive recently asserted that it was acting transparently in the aforementioned cases by the anti-corruption prosecutor in his indictment.

The appointment of Mr. Martin Amidu by President Akufo-Addo in February 2018 sounded like the end of recess in Ghana. A country considered a model of political and economic governance in the region but undermined by endemic corruption. The anti-corruption prosecutor has the arduous task of investigating all corruption facts related to the functioning of public activities by regularly producing an independent report.

The report on the offshore company was finally released two weeks ago and the government announced it was delaying the company’s public listing in the aftermath of the presidential election. This company was to enter the London Stock Exchange in September and should allow a posteriori to raise 500 million dollars (421 million euros). But its introduction to the markets was suspended after civil society organizations denounced risks of corruption.
For the authorities, this sale project should financially help Ghana cope with the economic crisis caused by the coronavirus pandemic. In 2019, Ghana was ranked 80th out of 180 in the Corruption Perception Index compiled by the NGO Transparency International. According to a survey by this NGO, a third of public service users claimed to have paid bribes that year.
The barometer of the fight against corruption in Ghana since the appointment of Martin Amidu had known a variation according to several sources of the civil society notwithstanding the active and passive injunctions of the politician, the prosecutor remained right of his boots. No longer feeling the same. to independently carry out his mission in the circumstances mentioned above, the clean gentleman from Ghana did not go through all the stops to shorten his mandate through a letter of resignation.

Ghana: the cocoaboard is preparing a loan of 2 billion dollars for the 2021-2022 campaign