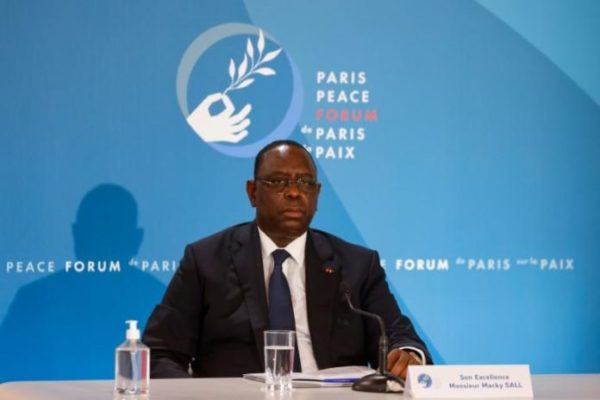 Faced with his French counterpart, Emmanuel Macron, President Macky Sall of Senegal addressed the issue of Islam in what will be one of the highlights of the Peace Forum opened on November 12 in Paris in the context of a sort of vaccine diplomacy in vogue in recent days at the Elysee. “We need to expand the spectrum of discussions and take into account each other’s realities to build common values. It is quite possible ”, declared the Senegalese Head of State at the outset, weighing his words carefully.

And to continue. “We don’t necessarily have the same values, we are African, you are European, we are different. We have to accept our differences in order to move towards what we want to build together ”. Calling for this common approach to fight those “who feed on hatred” and convey a “hegemonic discourse”, the Senegalese president rose up against those who claim to kill in the name of Islam.

“The Islam that we know in Senegal, an Islam of tolerance, cannot go in this direction.” But, Macky Sall said quickly to his host, “we also want there to be tolerance towards tolerant Islam.” Before concluding by insisting on “differences” and calling for the “defense of common values”.

This third edition of the Peace Forum saw the presence around French President Emmanuel Macron, Kristalina Georgieva, Director of the IMF, Charles Michel, President of the European Council, and Macky Sall, President of Senegal. Created on the initiative of French President Emmanuel Macron, the Paris Peace Forum, which was held for the first time in 2018, is intended to be an international platform for reflection on global governance with the aim of reinventing multilateralism. For a third edition dedicated to the global response to COVID-19, the Paris Peace Forum is taking place this year from November 11 to 13 by videoconference with a strong emphasis on the accessibility of the Covid-19 vaccine, which must become a global public good, accessible to all.