With Zambia likely, with a debt-to-GDP ratio of 120%, to default on its Eurobond by the end of the current year, speculation is rife on the debt of countries in sub-Saharan Africa, reports Citi Research, a division of Citigroup Global Markets. According to the report dated November 2, 2020, the public debt of the countries of the region fell from 50.4% of GDP in 2019 to 56.6% in 2020. The ratio would even climb to 60.4% excluding Nigeria and South Africa, the two leading economies in the region, which together account for 50% of its GDP. Some 6 countries have a debt stock exceeding 100%. These are Angola, Cape Verde, Republic of Congo, Eritrea, Mozambique and Zambia. All these 6 countries are seeking to restructure their debts with the exception of Cape Verde.

According to IMF data, there are fifteen other countries where the public debt-to-GDP ratio is above 65% but below 100%. However, this group of 15 countries is quite diverse. It includes quite poor and politically troubled countries where the debt is largely contracted with public donors on very concessional terms that they could consider canceling, a bit like under the HIPC initiatives in mid-2000. This group also includes many larger economies, including middle income countries including Gabon, Ghana, Kenya, Mauritius, Namibia, Senegal, Seychelles, and South Africa.

In a historical context, the level of indebtedness is even higher than before the debt cancellations under the HIPC initiatives in the mid-2000s. According to IMF data, the public debt of sub-Saharan Africa has increased from 46 , 5% in 2004 to 38.1% in 2005, then to 28.6% in 2006 as and when the cancellations implemented by the members of the Paris Club are implemented.

In many ways, Citi researchers note, “the real debt issue in sub-Saharan Africa is whether these countries will continue to see their debt stocks grow as rapidly as they have in recent years, in years to come.” If these countries reach the 100% debt-to-GDP mark, there is bound to be a crisis. The speed of the debt increase is highlighted in red. The example of Zambia is eloquent in this regard. The debt level of this Southern African country has risen from just 65.5% of GDP in 2017 to over 100% in 2020. “But Zambia also reminds us that although debt continues to increase in these countries , it is unlikely that a debt crisis is imminent ”, tempers the study.

The reality is that 2020 is probably quite exceptional when it comes to rising debt levels, as from 2021 onwards debt levels will return to a more steady rise over several years. Many parameters will have to be studied to see whether or not there will be a debt crisis. Among other things, this will depend on the readiness of African Euronbond coupon holders to accept the restructuring. Or the Chinese state to subscribe to a rescheduling program. “At the same time, we still expect that many countries with high debt stocks will continue to have access not only to Eurobond financing in the coming years, but also to commercial banks through syndicated loans, lenders. multilateral and bilateral and even entries into their domestic debt market ”, opines the Citi report.

At the same time, “we believe that the other critical policy debate will focus on the pace of fiscal consolidation in sub-Saharan Africa after 2020. In particular, we believe that policy will need to focus on revenue-driven fiscal consolidation, because a very clear trend in recent years is the decline in tax revenue collected as a percentage of GDP ”. During the decade 2000-2010, the governments of sub-Saharan Africa collected more than 20% of the GDP in non-subsidy revenues in one year, mainly tax revenues. This level started to decline a bit in the later years of the decade, but according to IMF data, it climbed back to 22.1% of GDP in 2011. However, since then it has been steadily declining, a trend aggravated by COVID-19 in 2020, the IMF now estimates that this figure will represent only 14.5% of GDP in 2020. Illustration of this trend, in 2011, the GDP of sub-Saharan Africa was 1,521.7 billion US $ while revenues collected by governments amounted to US $ 336.3 billion. In 2019, the GDP of sub-Saharan Africa was US $ 1,714.2 billion. This means that the revenues collected by governments in sub-Saharan Africa amounted to US $ 288.3 billion.

If revenue collection represented the same percentage of GDP in 2019 as in 2011, governments in sub-Saharan Africa would have raised US $ 378.8 billion, not far from an additional US $ 100 billion in just one year. To put this in context, at the onset of the COVID-19 crisis, through the Economic Commission for Africa (ECA), African finance ministers and the African Union called on “development partners to Grant them $ 100 billion, including $ 44 billion in debt relief, to help support health systems, safeguard jobs and provide safety nets for vulnerable groups ”.

In essence, the authors of the Citi report continued, “We are not sure that sub-Saharan Africa has a debt problem, but what it clearly does is is a government revenue collection problem. And this has an impact not only on the ability of governments to deliver basic services, such as health and education, but also to finance infrastructure and to repay debt. ”

Of course, in most countries local currency tax collection has likely increased, helping to finance increased spending in local currency. But this will have been offset by the depreciation of the exchange rate when one thinks of government revenues in US dollars. And this highlights the problem of external borrowing, for some economists it is “original sin” (see “The Pain of Original Sin” by Barry Eichengreen, Ricardo Hausmann and Ugo Panizza).

For many African governments, external borrowing seems cheaper than domestic borrowing, as interest rates appear lower than high domestic interest rates. But this aggregate calculation does not take into account the impact of currency depreciation on the costs of servicing the debt if you increase domestic currency revenue but have to pay the debt servicing largely in dollars. Americans.

According to IMF data, even middle-income African countries will collect only 15% of GDP in government revenue in 2020, up from 23.8% in 2011, ten years earlier. However, there are huge variations with South Africa and its neighboring states and island economies typically collecting well over 20% of GDP in income.

A quick decision to take vis-à-vis the IMF

Given the surge in IMF lending to sub-Saharan Africa in 2020, governments must decide fairly quickly in 2021 whether they wish to abandon borrowing arrangements with the IMF in 2020, mostly under the credit facility. rapid financing (FCR) and rapid financing instrument (RFI), in formal multi-year programs of the Fund with conditionality. This can provide a stronger anchor for fiscal adjustment, although it is not a political panacea. It also strengthens investor confidence in the reform program.

As budget deficits will only decline slowly, and many central banks have eased monetary policies – although most policy rates are still positive – it is highly likely that the continent’s currencies will weaken. As such, governments should think more carefully about the costs and benefits of taking on additional external debt, while working much more actively to develop their local debt markets and increase savings held by local pension funds. In an era of very low, if not negative real interest rates in most advanced economies, they also need to develop a clear policy allowing foreign portfolio investors to access their domestic bond markets.

“While we are optimistic that GDP growth will rebound relatively robustly in Sub-Saharan Africa, in 2021-2022 we are less optimistic about the potential recovery in government revenues. However, the crisis is often a good catalyst for policy change, so the question that will hang over sub-Saharan Africa in the years to come may well be whether the COVID-19 pandemic will be the catalyst for concern. much stronger for tax reform. However, this reform can be politically difficult and, depending on how the international debate on Africa’s debt burden unfolds, debt rescheduling or reprofiling may ultimately turn out to be the easier policy option. 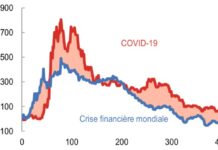 Sub-Saharan Africa, the scene of the weakest growth in 2021 (IMF) 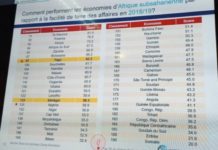 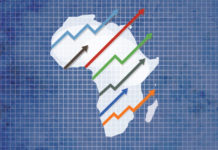 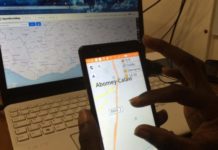 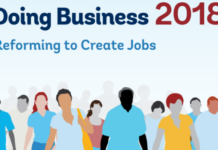 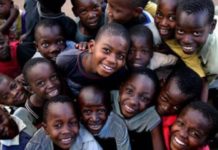 Growth in sub-Saharan Africa slowed down 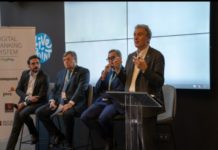 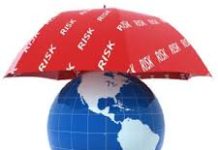