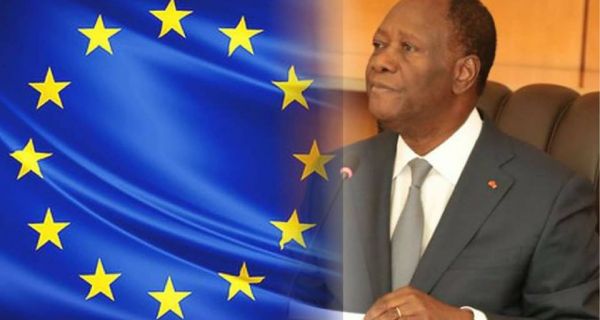 The European Union (EU) takes note of the announcement of the provisional results announced by the Independent Electoral Commission (IEC). However, the body is careful not to congratulate a re-elected president with a river score (94%) but for a participation rate of 10% according to the opposition, 48% according to the Electoral Commission (CENI). Yesterday evening in Abidjan, instead of ululating and fireworks, gunshots were heard. The homes of the main leaders have been attacked according to opposition sources. Appointed president of the National Transitional Council (CNT) by the opposition coalition, Henri Konan Bedié maintains the slogan of civil disobedience. These are all elements that motivate the EU press release.

“The lack of consensus on the electoral framework has fractured the country. Many Ivorians went to the polls, but many others did not do so, either by choice or by impediment due to violence and blockades ”, regrets Josep Borell, the same special envoy sent to the Guinean electoral theater. two weeks ago.

The EU also notes the “very large disparities in the turnout rate in the different regions of the country, as several election observation missions present there”. Before expressing its “deep concern” about the tensions, provocations and incitement to hatred that prevailed and continue to persist in the country around this election.

“The violence which has caused the death of several people and injured many must be the subject of independent investigations so that justice is served as soon as possible”, the message continued, using the same terms as those used in Guinea. , country currently suspended in an electoral dispute object of appeal, con.
The EU expects all stakeholders to take the initiative in favor of calming the climate and resuming dialogue, involving new generations and promoting reconciliation through very concrete measures that will turn the page on violence and division. It will support any effort made in this direction by national and international actors.