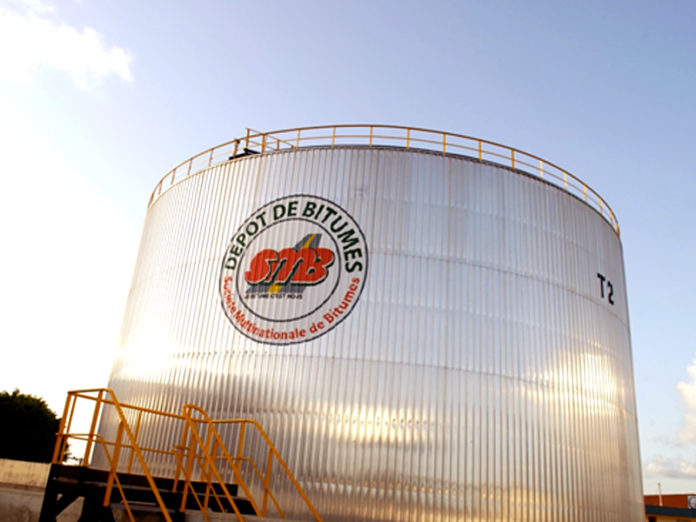 The net profit of Société Multinationale de Bitumes (SMB), which specializes in the production, processing, storage and marketing of bitumen, recorded a strong increase of 949% at the end of the third quarter of 2020 compared to the same period of 2019. .

As for the company’s turnover, it increased by 4% to 79.550 billion FCFA against 76.825 billion FCFA in the third quarter of 2019. It must be said that during the period under review, the volumes of bitumens sold by SMB increased. experienced a 9% increase.

According to the managers of the company, the policy of continuous optimization of operating costs and the consolidation of the business continuity plan, enabled a positive result from ordinary activities of CFAF 8.547 billion at the end of September 2020 against a negative result. of 667.779 million FCFA a year ago.

Looking ahead, SMB officials intend to do everything possible to preserve and consolidate the achievements of this company at the end of 2020, “so as to allow the execution of an investment program guaranteeing its future prospects. of development “.

Industry: 4% increase in the turnover of the company Filtisac in the first quarter of 2021

Industry: Filtisac’s pre-tax profit decreased by 26% in the third quarter of 2019