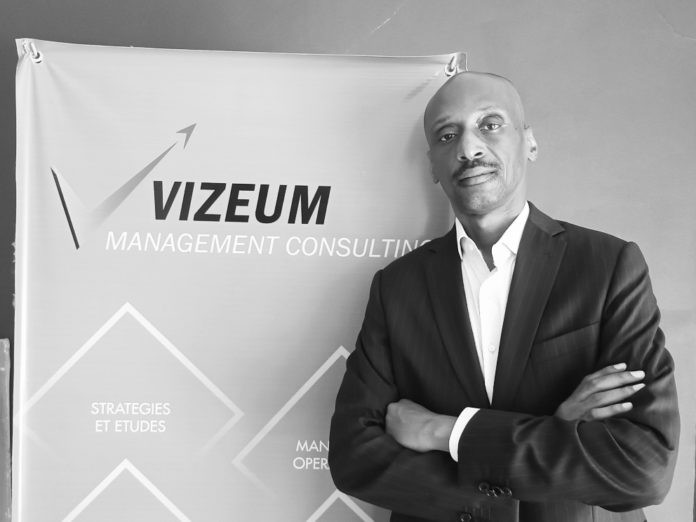 The Covid-19 has demonstrated the ability of Africans to cope with a pandemic. Beyond the pandemic and its consequences, it is the whole continent that must strongly reaffirm its convictions towards the rest of the world so that Africa is valued at the level of the brains that compose it. Interview.

Jean-Louis Portella, you founded Vizeum Consulting. And, recently, you published a study on good management and the room for improvement of African countries in the face of Covid-19. Can you tell us more?

Vizeum Management Consulting is a management firm based in Brazzaville which is interested in issues of economic and social interest on the African continent, including public health. After 6 months of Covid, it seemed interesting to us not only to focus on the strategies adopted and the results obtained by African countries, but also to affirm and refute certain hypotheses read everywhere. We have associated Professor Francine Ntoumi who is a reference in the field of infectious diseases.

Your study shows the resilience of Africa. What elements did you use?

We used analytical methods based on existing statistics that we reworked as well as on documentary analyzes, in particular scientific ones. The collection was tedious because the existing data are not homogeneous either over time within a country or across Africa. For example, it is difficult to know the age of severe cases in several countries. Important work has been carried out with all of our correspondents on the continent to collect documents such as response plans and unpublished statistics. Finally, we also analyzed what is being done elsewhere, particularly in terms of epidemiological modeling.

How do you see the results of Covid-19 in Africa? And what are the lessons that can be learned?

The results of the continent are very encouraging even if it may seem inappropriate to speak in this way when talking about thousands of deaths. Africa is the second least impacted region in the world (after the West Pacific) in terms of per capita deaths with twenty times fewer victims than in America and 13 times fewer than in Europe. Based on the statistics obtained, the median age of positive cases is around 40 years and that of deaths around just over 60 years. On the other hand, hospital care for severe cases is far below European standards, which translates into a much higher death rate for people over 60 in Africa.

Regarding certain hypotheses evoked on Africa, we can say for example that the youth of the African population, contrary to what one thinks, would not explain more than 10% of the gap observed between African countries and countries most affected. So there are other more important reasons. And if you look at the number of deaths per capita, seven countries in East Africa occupy the best places.

Covid-19 has also shown that the rest of the planet and Africans themselves need to change their perspective. We have to ask ourselves the question “how well Africa managed the crisis and not by what fortunate coincidence Africa is less affected than the other continents”. This is why we are campaigning for a better explanation of the results through the prism of the weight of natural or inherited factors such as probable cross-immunity or the youth of the population and more proactive factors linked to the policies put in place by the African states which, apart from perhaps hospital care, have generally been quite good.

And on the response plans, what analyzes do you draw? And what are the areas for improvement?

We analyzed 16 national response plans through the prism of 9 criteria. It emerges that these often lack singularity and strategic approach. Many countries have contented themselves with trying to meet the pillars of WHO Africa, which is very important but not sufficient even in times of emergency and uncertainty. There are nevertheless very good examples which confirm the relevance of the 9 criteria that we used. For example, Senegal, Burkina Faso and Nigeria, which have integrated an epidemiological model into their plans, or Côte d’Ivoire, Algeria and Senegal, which have fully explained the collective restriction measures expected depending on the evolution of the epidemic.

Regarding areas for improvement, we can cite, for example, a better trade-off between health choices and the economic and social impact. Then, we have to model our management models in the field of Covid-19 and better explain the results to the population. Our public administrations must be much more agile. African scientists must be involved and given financial resources. In many African countries, it is difficult to perceive the added value of scientific committees which have often been set up by imitation and which most often are political task forces. African researchers must also be integrated into African and global research, particularly for clinical trials on the next vaccine.On the economic level, Africa has a major opportunity to change certain paradigms by seizing the opportunity offered to it by being the least affected continent. This is an opportunity to stimulate domestic private demand and to reposition itself now in the global value chain.

Around the world, Covid-19 has illustrated the political difficulty of being in tune with their populations. Social distancing measures are sometimes difficult to respect. What is your opinion on this subject?

You are right, people all over the world no longer hesitate to question the decisions made by their leaders, especially because they have access to what is happening elsewhere. And Africa is no exception to this underlying trend, but overall measures such as the wearing of masks have been accepted more quickly than elsewhere in the world, thanks mainly to community health systems. But slippages could have been avoided.

Nevertheless, some countries are showing the way forward, such as Seychelles and Rwanda which are recognized for their model of public governance and where government decisions have met with support from civil societies. Trust in rulers is essential. The same goes for the subsidies promised to businesses and households, for which doubts about the allocation remain in many countries. The executives must show total transparency but also the reputation of the audit firms chosen must be flawless.

What common characteristics bear the countries which have fought effectively against Covid-19?

As stated at the beginning, the results are generally good but, of course, out of the 54 countries there are better and worse. The Vizeum cabinet has established a ranking of African countries according to the death rate and the impact of collective strategies of restriction on the economy and the social. Overall, the countries of East Africa obtain better scores, but countries such as the DRC, Benin and Togo also stand out thanks to innovative and efficient management models. Also, countries that did not follow the panic’s choice of confining the population fared much better than those that confined. Overall what should be remembered is the discipline in the application of the chosen strategies and the agility of the States in the decision-making which seems to be paramount.

In your report, you ask African countries to break free from the Jonah complex. What is it about ?

Indeed, Abraham Maslow’s Jonah complex which expresses fear of his own greatness seems appropriate to Africa. Africa is afraid to announce and explain its own results as if they were illegitimate in the eyes of the world. We didn’t hear from many African countries when the worst case scenario was announced despite the good results.

Do you find it normal that after six months of the epidemic, it is still Asia that is cited as a model of the fight while Africa has better results?

African countries are afraid that the rest of the world will say that it is the natural factors that explain their good results and not the performance of their public health policy, which seems to us to greatly reduce the efforts made by our countries. Let us not let ourselves be told our own story. The Cabinet VIZEUM report shows that Africa has models of infectious disease prevention much better than many Western countries. We encourage African countries to better communicate on their model for fighting Covid-19 and the results obtained. This is the way to overcome the Jonas Complex and to better face the uncertainties associated with Covid-19.