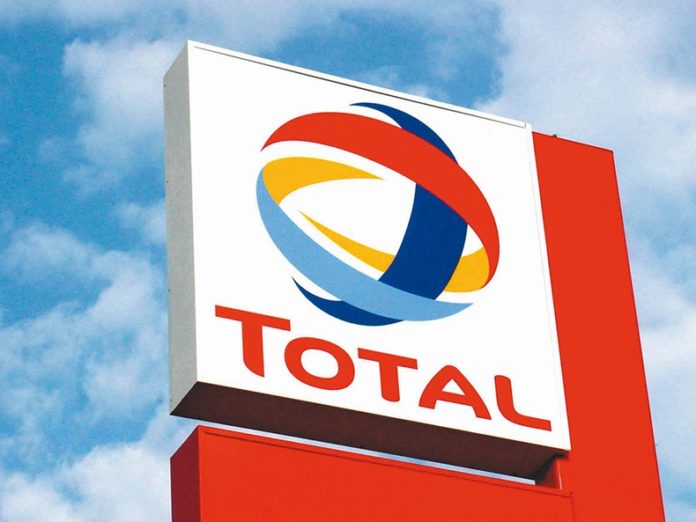 Total is reducing its exposure to fossil fuels. The French group, which presented its strategy and outlook to investors on Wednesday, announced that it would gradually increase its investments in renewable energies and electricity in order to reduce its dependence on petroleum products and to transform itself into a “multi-group -energy ”. The French energy group has also indicated that its dividend was « sustainable » with a barrel of oil at 40 dollars.
To transform into a multi-energy group, Total intends to increase its energy production from liquefied natural gas (LNG) and electricity, « the two fastest growing markets » according to the group’s press release. Over the next ten years, Total’s energy production is expected to reach 4 million barrels of oil equivalent per day (boe / d), compared to the current 3 million boe / d. « Profitable investments in renewables and electricity will gradually increase from $ 2 billion to $ 3 billion per year, and will then represent more than 20% of the group’s net investments, » Total said in a statement.
In the next ten years, sales of petroleum products are expected to drop by nearly 30% and will then represent only 30% of the group’s total sales. Gas will contribute 50% to turnover, electrons, mainly renewable, up to 15% and biofuels up to 5%, estimates Total, which is aiming for carbon neutrality by 2050.
In oil, the group intends to concentrate on “low-cost projects, favoring value over volume” and develop its portfolio of projects with a profitability of more than 15% with a price per barrel of 50 dollars.