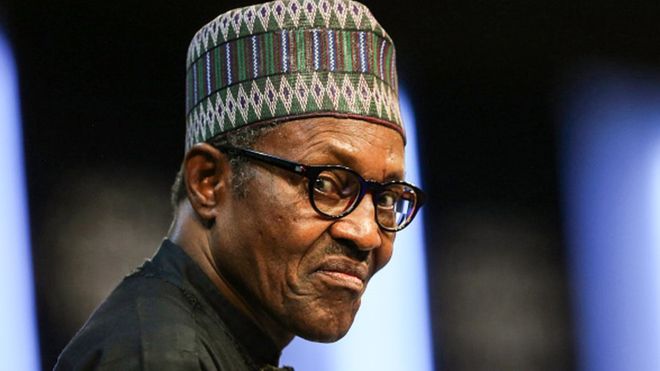 Fitch Ratings – Hong Kong – 30 Sep 2020: Fitch Ratings has revised the Outlook on Nigeria’s Long-Term Foreign-Currency Issuer Default Rating (IDR) to Stable from Negative and affirmed the IDR at ‘B’.

The revision of the Outlook reflects a decrease in the level of uncertainty surrounding the impact of the global pandemic shock on the Nigerian economy. Oil prices have stabilised, global funding conditions have eased and domestic restrictions on movement have started to be relaxed. Nigeria has navigated external liquidity pressures from the shock through partial exchange rate adjustment combined with de facto capital flow management measures and foreign-currency (FC) restrictions, while disbursement of external official loans has supported the level of international reserves. While external vulnerability persists from currency overvaluation and a possibly large FC demand backlog, this is adequately captured by the ‘B’ rating, in our view.

The Central Bank of Nigeria (CBN) continues to prioritise exchange rate stability over other policy goals, in Fitch’s view. A 6% depreciation in March of the Investor and Exporter (I&E) exchange rate at which most FC transactions are carried out fell short of fully correcting the naira’s appreciation by about 35% in real terms between mid-2016 and February 2020. Steep real appreciation has been driven by persistent double-digit inflation, which has offset gains from the devaluations in 2016 and 2017. Meanwhile, the CBN has achieved progress towards its stated goal of unifying the exchange rate, following a cumulative 19% two-step devaluation of the ‘official’ exchange rate, which is mostly used for the government’s and the oil sector’s FC transactions.

The broad stability of the I&E rate since end-March has been mostly achieved through a severe contraction in FC supply, illustrated by a drop in the average value of daily transactions on the I&E window by 87% in April-August relative to the 1Q20 average. Tightening FC supply for trade and financial transactions could harm growth and exacerbate inflationary pressures, driving further misalignment of the naira’s real exchange rate. Inflation accelerated to a 29-month high of 13.3% in August and we expect it to average 13% over the full year, well above the forecast ‘B’ median of 5%.
Unfulfilled FC demand could constitute a drain on reserves once supply is relaxed. The CBN has started to increase FC provision in September through a combination of spot and forward sales but the magnitude of actual FC outflows in case of full supply normalisation is unknown. We understand that the stock of outstanding non-resident holdings of CBN open-market operation (OMO) bills was around USD10 billion in August. Non-resident investments in short-term money market instruments amounted to USD27.7 billion at end-2019, equivalent to 72% of international reserves at the time, more than half of which were in OMO bills.

De facto FC restrictions could also damage investor confidence and possibly lead to Nigeria’s exclusion from benchmark equity indices, durably impeding a return of foreign inflows. This would place the onus of rebuilding reserves on sovereign external borrowing amid continued current account (CA) deficits. The government has secured multilateral loans of USD4 billion in 2020, of which USD3.4 billion is from the IMF, helping a recovery in international reserves from a 30-month low of USD 33.4 billion in April to USD35.8 billion on 24 September. We understand that around 15% of international reserves are pledged in swaps.

International reserves will remain under pressure from CA deficits in 2020 and 2021, marking an interruption to a long streak of external surpluses. We project Nigeria to record a CA deficit of 3% of GDP in 2020 (forecast ‘B’ median: 5%), versus a 4.2% deficit in 2019, as the contraction in imports and lower outflows of investment income offset a decline in both hydrocarbon exports and remittances (6.5% of GDP in 2017-2019). The CA will revert back to balance in 2022 under our baseline driven by import compression from weak domestic demand and tighter FC restrictions on a wide range of imports. Hydrocarbon exports will also be lifted by the gradual recovery in prices and a rise in oil extraction volume as production caps under the ongoing OPEC+ agreement expire.
The ‘B’ rating also reflects weak fiscal revenues, comparatively low governance and development indicators, high dependence on hydrocarbons and a track record of subdued growth and high inflation. These rating weaknesses are balanced against the large size of Nigeria’s economy, low general government (GG) debt relative to GDP, small FC indebtedness of the sovereign and a comparatively developed financial system with a deep domestic debt market.

Low fiscal revenues are a major credit weakness. GG receipts averaged 6.8% of GDP in 2015-2019, well below the current ‘B’ median of 22%. Revenues will benefit from the removal of the fuel subsidy, which has cumulatively cost the budget around 7% of 2019 GDP in 2016-2019. The government has affirmed its firm commitment to this reform as well as its intention to continue phasing out costly electricity subsidies. However, the energy price reform faces strong opposition from labour unions and the authorities have reinstated subsidies in the past in response to social protests.

Given the lack of fiscal space, the budget response to the pandemic shock has been muted relative to comparable emerging countries. GG spending will only increase by 0.5% of GDP in 2020 under our forecasts as the bulk of the pandemic-related expenditures will be offset by cuts to capital and other current outlays. We project the hit to revenues from the pandemic shock to prompt a deterioration in the GG balance from 3.6% of GDP in 2019 to 5.4% in 2020, a still much smaller deficit than the forecast ‘B’ median of 7.3% of GDP. Spending restraint and economic recovery will drive a modest narrowing in the GG deficit to 4.5% of GDP in 2022 (forecast ‘B’ median: 4.8%). Public finances are vulnerable to fluctuations in oil prices and Nigeria’s fiscal breakeven oil price is high, at USD134/barrel in 2020 under our estimates.

We expect the government to cover most of its funding needs in 2020-2022 domestically, supported by ample liquidity in the non-banking financial system as highlighted by the negative real rates on local currency debt. However, the authorities are also likely to seek to increase the share of external borrowing, mostly on concessional terms, although slow progress on reforms might hinder further official creditor support, in Fitch’s view. Withdrawals from the already thin fiscal buffers at the outset of the pandemic has left them merely depleted. The government continues to resort to monetary financing since early 2019 with net CBN claims on the FGN soaring to 4% of GDP at end-2019, exceeding annual FGN revenues, from nearly 0% at end-2018.

Transparency on contingent liabilities is low. The collapse in oil prices will pressure already overstretched state and local governments’ resources, possibly requiring financial assistance from the FGN. Recurrent delays to electricity tariff hikes towards cost-recovery levels will raise needs for further support to the ailing electricity sector. The exposure of banks to the oil sector is sizeable and the likely deterioration in asset quality following the oil price crash could increase the need for government support to the sector. Contingent liabilities for the sovereign stem from the debt of the Asset Management Corporation of Nigeria of 3.3% of GDP at end-2018.

The Nigerian economy will contract by 3% in 2020 (forecast ‘B’ median: -2.6%), its sharpest decline in 37 years. Oil-GDP will be affected by productions cuts under the OPEC+ agreement despite some slippages in earlier months while non-oil activity will be weighed down by spillovers from the hydrocarbon sector, restrictions aiming to halt the spread of the pandemic and FC scarcity. We project GDP to grow by 1.3% in 2021 and 3% in 2022 (forecast ‘B’ median: 4% and 4.6% respectively), assuming an easing of disruptions from the health crisis, a slow recovery in oil prices and adherence to OPEC+ production caps. The medium-term growth outlook is subdued but progress on the elaboration of the long-stalled Petroleum Governance Bill could lead to revival in investment in the hydrocarbon sector.

ESG-Governance: Nigeria has an ESG Relevance Score of 5 for both Political Stability and Rights and Rule of Law, Institutional and Regulatory Quality and Control of Corruption, as is the case for all sovereigns. Theses scores reflect the high weight that the World Bank Governance Indicators have in our proprietary Sovereign Rating Model. Lingering insecurity causes disruptions to the economy, while deep regional divisions hinder policy-making.

South African banks are on the rise according to Fitch