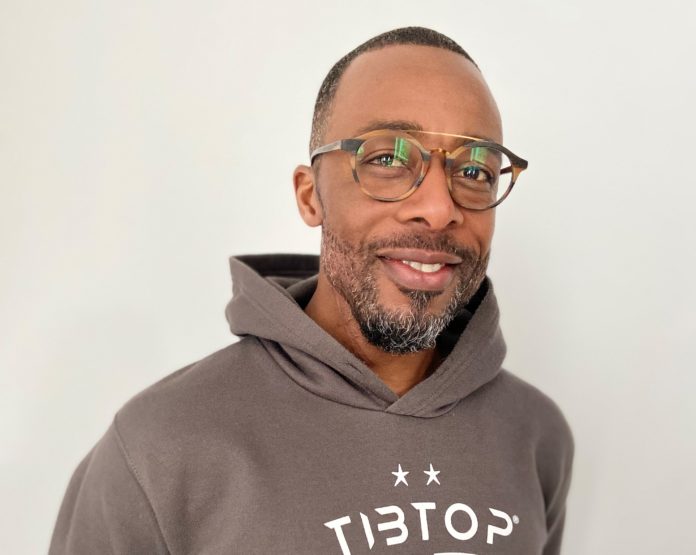 Coming from the continent, this would not be surprising if Bakary Kamara becomes the pride of Africa. This has already started with the amazing digital solution he has just developed to help footballers even more. These are connected shin guards that his native Mauritania is passionate about, as is France, the country where he grew up. Back to a crazy project that intends to create data from the movements and movements of players on the field.

All started almost 20 years ago when Bakary Camara, a Mauritanian by birth, living in Rouen, was watching a football match. He soon realised that the problem for both professionals and amateurs was the same: to make the shin pads fit with adhesive tape… This entrepreneurial enthusiast immediately started thinking. At first, he and his wife, together with their start-up company VBKAM (Virginia and Bakary Kamara), offered elastic supports in 2003.  And it is only thirteen years later that the couple managed to develop the entire shin protection. Thus, the TibTop brand was born. It’s a product « that nobody thought of », says Kamara proudly, who says that the shin protection he developed was convincing at first, but not linked to digital tools, in other words, « without technological models ». The added value is simple: « creating data from movements and movements ».

An idea that mobilises

The project attracts local partners who decide to get involved, and this is how the man, who worked for a time for local authorities in Normandy before returning to entrepreneurship, is able to conclude a series of contracts. Currently, the product, which has been industrialised since the beginning of the year, has convinced more than 200 football clients. « And now we are waiting for the football season to resume so that we can continue to deliver to our clients, » Bakary says. This should not be long in coming, moreover, with the resumption of sports activities on European pitches after the first pandemic wave that shook the entire planet. The objective, in the short term, is to « commercially launch this solution » and already the first contacts with African football federations are reassuring. A final illustration is Mauritania, where Bakary Kamara’s team has been very well received. « We are in discussions for a close collaboration with the FFRIM academy and potentially professionals having met the Mauritanian national technical director, his coach and the President of the Federation, » reports the boss of VBKAM who, in addition to belonging to this country of the Grand Maghreb, also claims Senegalese origins. He also intends to exploit this last point by proposing the product to the Dakar sports authorities whose contact interests him in more than one way.

The first on the market

VBKAM, determined to export its connected shin protection, is also targeting Morocco, a major footballing country in Africa. Discussions have also started. The advantage of the start-up is that « we are the first to have created the connected shin guards and then we have a dual technology in the shin guard because we are going to work on another technology, the inertial unit to refine the GPS data to acquire new data such as the common gestures of the footballer », details Bakary Kamara who emphasizes that his product is « composed of an electronic card with tools for measuring and creating data with a memory. Thus, the information is all recorded and it is at the end of a match that he sends it to a mobile phone by means of wifi and bluetooth. It is with great enthusiasm that the entrepreneur based in France insists on the eco-responsible side of his solution since, « in the design of the product, we use recyclable plastics and hypoallergenic foam ».  For the moment, the connected shin pad works on the model of the Made-in France, but Bakary Kamara assures that « if tomorrow we have to deliver to Africa, we would like to make local production ».

While Virginie, his wife, is in charge of sales, Bakary Kamara is in charge of the technical side and partnerships. He is not shy about this confidence: Bakary Kamara wants employees with an entrepreneurial mentality. He loves it when an employee tells him that he has tried to take risks or initiatives and has failed as long as he is able to explain the reasons for these failures. On the results side, the team does not worry either. The company has reached an estimated turnover of more than 100,000 euros in 2019, excluding the sale of connected shin pads. Its projections, this year, is to reach the 400.000 euro turnover threshold with the recruitment of at least five employees, including two engineers-developers, because there is no doubt that it is thanks to innovation that the company will survive.