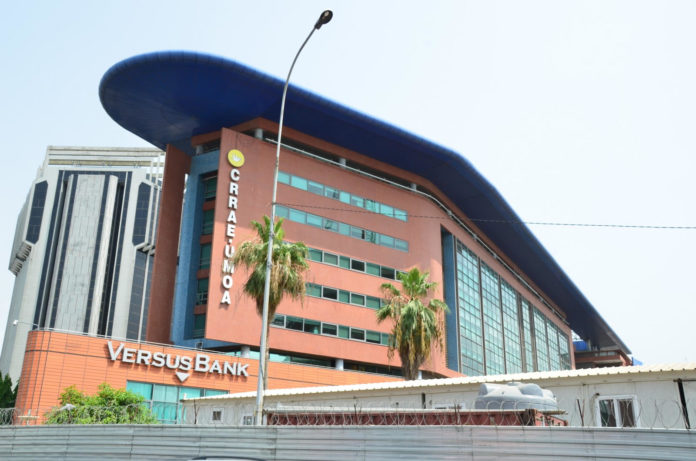 Always in the process of privatization, never ceded, the Versus Bank becomes a chestnut of the financial press. Behind this strategic operation announced regularly, hide the drama of a minority shareholder theoretically protected by the OHADA. It is Jean-Claude N’da Ametchi, one of the founding members of the bank created in 2003, with 30% of the capital.

Things are proceeding almost without problems until January 7, 2009, when Mr. Ametchi sells his shares to the State for an amount of 554 million CFA francs to honor later on March 31 of the same year. According to the protocol then signed, the transferor would automatically regain ownership of his shares, after having served two unsuccessful notices. The aforementioned dwellings, carried out on May 28, 2014 and June 3, 2014, will remain without effect. The Prime Minister and the Ministry of Finance were informed of the process. In vain.

Lack of war, Jean-Claude N’da Ametchi, then notified, to the Ivorian State, by exploit bailiff dated October 20, 2014, that in application of the provisions of Article 7 mentioned above, he found full right, the full ownership of its 90,000 shares. Versus Bank has been notified in order to modify its social documents, a state company that it became by decree of January 6, 2009, company with public participation.

In principle, with 30% of the capital, Mr. Ametchi will not even have a seat of director.

Meanwhile, things are changing. In May 2016, the Ivorian government decided to privatize the bank. The transaction must cover 100% of the capital. The minority shareholder offers to participate in the process and to negotiate his title deeds. The offer will remain without result. Informed of the litigation, the Rothschild & Cie International Business Bank, as its financial advisor, retreats. The operation is interrupted.

Against all odds, in its 2017 annual report, on the progress of privatization programs, the State of Côte d’Ivoire finally acknowledging the claim of Mr N’DA AMETCHI Jean-Claude, indicated that he had taken steps in to lift this blockage.

On 2 March 2017, the representatives of the Ministry of Economy and Finance contacted Mr. Jean-Claude N’DA AMETCHI with a view to reaching an amicable settlement. This attempt at rapprochement has unfortunately not been completed because of the Ivorian State, which has not taken any action.

Against all odds, the State then decided to opt for a solution of judicial order, after 05 months of proceedings and multiple referrals, the judge of interim relief declared itself incompetent to rule on his request to see prohibit to Mr Jean-Claude N’DA AMETCHI to hinder the privatization procedure, for lack of the State to have been able to prove the right of ownership over the actions of Mr Jean-Claude N’DA AMETCHI.

The State of Côte d’Ivoire therefore renounced the privatization procedure and at the Council of Ministers on 27 June 2018, a Decree authorizing the acquisition of a shareholding by IPS / CGRAE, Social Insurance Institution, was adopted. pension fund of state employees, amounting to 12,538,800,000 CFA representing 47.11% of the capital of the Bank.

However, it must be recalled that VERSUS BANK is a company with a public financial contribution and not a State company and, consequently, any decision to increase capital results from the decision of the shareholders, both private and public, and it can not be taken by a decree.

The participation of Mr. Jean-Claude N’DA AMETCHI in the Extraordinary General Meeting, deciding on the capital increase, could not be disregarded, in view of the provisions of the Uniform Act on Commercial Companies & GIE.

In addition, this decision involving amendment of the articles of association, was to be taken, on pain of nullity, by the shareholders representing at least ¾ of the share capital, or the State of Côte d’Ivoire holds only 70% of the capital of VERUS BANK. The spoliation of the rights of Jean-Claude N’DA AMETCHI brings together a coup. Who covets, therefore, under the cover of the State, the actions of Mr. Ametchi?