Alexandre Benalla: “It’s a chance and a pride to be from Africa” 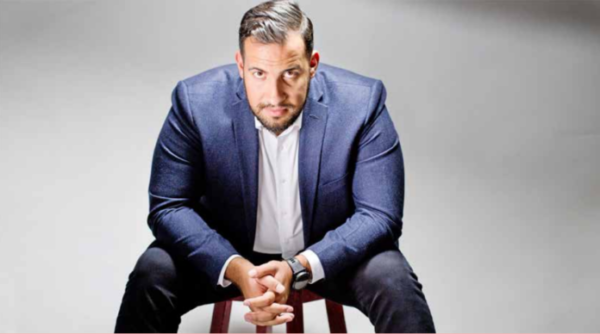 In this exclusive interview with the monthly Financial Afrik (number 63), Alexandre Benalla, the former chargé de mission at the Elysée, deputy chief of staff of the President of the Republic, talks about his career, his new relationship with Emmanuel Macron and its investment projects in Africa. Far from the incidents of May 2018 that propelled him to the front page of the French media, the man, unparalleled analyst of the security issues of the world, at the antipodes of the image of the “Arab service to big arms” that it was decked out, opened a new page, that of the entrepreneur.

Beyond what is reported regularly in the press, who is Alexandre Benalla? What is his career?

It is a rich, a little sinuous, atypical, on the borders of the political and security world. Coming from a single-parent family, I grew up in a sensitive neighborhood in Evreux with the dream, like all kids, to become superheroes (laughs). At twelve, my future project was formed: escort the presidential car. I have evolved in this will by building my own course, trying to overtake myself, being curious about everything and refusing to let me down in the face of adversity. At the age of fourteen, I obtained my three-day observation internship with the High-ranking Protection Service. I entered the Force’s operational reserve at the age of 18, and as such, I spent more than 200 days serving citizens. At school level, I followed normal studies. After a Master 1 in Law, Specialty Public Security, my dream of always materialized little by little. I had to officer in 2009 to the Socialist Party alongside Martine Aubry, Mayor of Lille, and during the presidential campaign of François Hollande and finally to Emmanuel Macron.

How did you come to this dream of a presidential car?

It’s since I saw “In the Line of Fire”, Clint Eastwood’s movie (smile). I doubtless have that protective aspect which perhaps comes to me from the world of a child who has grown up with his mother, without the father’s presence. In such a situation, the child wants to become a man to protect his mother. There is certainly a hidden meaning to everything. My name, Alexander, given to me at the age of three, means “protective warrior” in Greek. (Laughter)

You have met President Emmanuel Macron closely. What is the state of your relationship today?

I no longer have any relationship with the president or his entourage. Afterwards, there is the respect that I always have for the person, the wish that he succeed in his mission. Emmanuel Macron has the virtue of youth and the courage of the ambitious. And I know to have worked with him, that he has a great ambition for France.

For a few months, you have been announced in Africa with some insistence. What are your activities on the continent?

I actually founded a company in November 2018 that aims to grow in Africa and the Middle East. The company called Comya Group (www.comya.group) aims to be a global integrator of various security professions by accompanying companies and organizations in general. We have a clear understanding of the issues related to security in general, security, cyber security and economic and strategic intelligence from our experience and the ability to approach the markets with a specific approach, in partnership with local actors. It is not a question of supplanting the local actors who master the subject but to bring a know-how and an eye that can be different and complementary, it can go through training and advice.

Does Comya have the vocation to open up its capital?

For the moment, I am the sole shareholder of Comya, a consulting and security company created in Morocco and destined to become a giant on the EuropeAfrica axis. I operate in equity. I will not hide it, I am in discussions with several banks and investment funds seduced by the project. But everything comes in its time. There will be developments next year.

The security sector remains a business of insiders especially in Africa. How do you plan to get around the obstacles?

I think the obstacle is primarily psychological. It is also a matter of economic capacity. The rest is fantasy. Most observers confuse security and barbouzerie. Security management is not limited to the Presidential Guard nor is it a mercenary affair. It is a dynamic economic sector that needs to evolve in transparency while not forgetting that without which it does not have its reason for being: confidentiality. While the requirement of confidentiality applies to all sectors, it must be even stricter in the area of ​​security.

Transparency and confidentiality do they mix?

It is an interesting duality that concerns the securocrate but also the doctor, the lawyer, the notary, the banker, the insurer and many professions. The confidentiality requirement applies to all sectors. Ditto for the transparency that must be expressed through rules, clarity without falling into the dictatorship of transparency.

You have become a celebrity. Does not it hinder the business?

It’s a good question. My dream was basic, it was not to be famous. I have suffered, I practice without wanting to add. It’s something positive. Once again, no one questioned my professionalism. Moreover, I am proud to have contributed, before my departure, to the complete overhaul of the security of the Elysée by allowing the creation of the Presidential Security Directorate of the Republic (DSPR), which saw the day recently.

Why did your choice focus on Africa and not on Asia for example?

My parents are from Africa. My father is a teacher in Oujda (Morocco). My mother arrived in France in the 80s. It is a chance and a pride to be from this continent, a pride to participate in its development and growth. This is where it happens. Of my several stays on the continent, I understood that we are at the crossroads of several phenomena. Our society will naturally go first in the French-speaking countries and then gradually in the English-speaking countries.