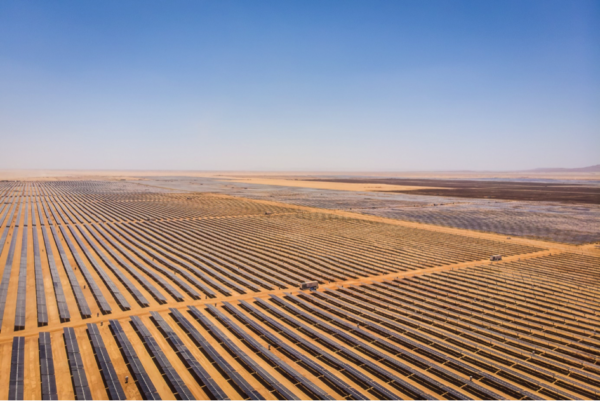 Africa50, the pan-African infrastructure investment platform, announced the completion of the 390 MW Benban solar project near Aswan, in Upper Egypt. All plants are now connected to the grid and have started commercial operations.

The six plants developed as part of this project are the world’s largest solar park utilizing bifacial solar modules, capturing the sun’s energy from both sides of the panel, therefore increasing clean power generation. They are also the largest contribution to the 1.5 GW Benban Solar Park.

In April 2017, Africa50 entered into a joint development agreement (JDA) with Scatec Solar and Norfund, committing late-stage project development equity funding for the six plants. The project reached financial close in October 2017, with Africa50 contributing 25% of the equity required to fund construction. Senior debt was provided by EBRD, the Netherlands Development Finance Company, the Green Climate Fund, the Islamic Development Bank and the Islamic Corporation for the Development of the Private Sector. The plants were developed under the second round of the Egyptian Feed-in Tariff Program (FiT), with the partners entering into 25-year power purchase agreements with the state-owned Egyptian Electricity Transmission Company. The estimated annual electricity production is 870 GWh, enough to provide energy for more than 420,000 households in Egypt. The solar plants will also contribute to avoiding about 350,000 tons of CO2 emissions per year.

Alain Ebobisse, CEO of Africa50, said: “Completion of this project is an important milestone for Africa50. It is the first of several that we are working on that will contribute to increasing clean energy supply in Africa. It demonstrates how strong partnerships can bring large-scale renewable power projects to fruition. We look forward to completing other energy projects with these, and other partners across the continent.”

“We have been a pioneer in Egypt since 2013 and been supporting the country’s efforts to increase generation capacity and increase the share of renewables in its energy mix. I’m very proud that we have completed our largest project ever. Constructing a total of six solar plants in just over 16 months is a major achievement for everyone involved”, said Raymond Carlsen, CEO of Scatec Solar.

Africa50 is an infrastructure investment platform that contributes to Africa’s growth by developing and investing in bankable projects, catalyzing public sector capital, and mobilizing private sector funding, with differentiated financial returns and impact. Africa50’s investor base is currently composed of 28 African countries, the African Development Bank, the Central Bank of West African States (BCEAO), and Bank Al-Maghrib, with over US$876 million in committed capital. For more information, visit: www.africa50.com