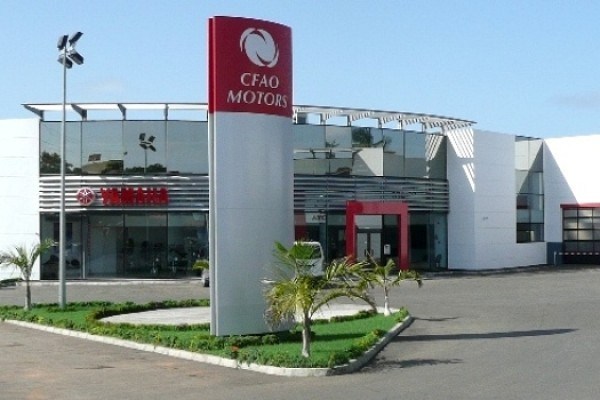 West Africa Rating Agency (WARA) has raised the long-term rating of CFAO Motors Ivory Coast, a subsidiary of the CFAO group specialized in the sale of motor vehicles, from “BBB +” to “A-” with a stable perspective.

“This rating is two notches below the Ivorian national ceiling, which is set to ‘A +'”, specify those responsible for this rating structure based in Dakar. They add that the short-term rating is “w-3” with a stable outlook.

According to WARA, the rise in the CFAO Motors CI rating is the result, among other things, of a consolidation of its position as a market leader, of an improvement in its liquidity level thanks to substantial substantive work on its financing needs. (BFR) and a level of indebtedness almost zero and the need for the company to use debt because its operating cycle sufficiently covers its investment and financing needs.

Motors Ivory Coast is dependent on four factors. This is the pursuit of the conquest of market share to further establish its leadership position, the growth of the market for the sale of new vehicles in Côte d’Ivoire, the entry of new strong brands in the distribution portfolio of CFAO Motors Côte d’Ivoire and the growth of repair activities, spare parts, as well as ‘two-wheel’ and ‘second-hand’ segments.

On the other hand the WARA agency argues that a deterioration of the rating of the company would be the consequence of only a new political crisis impacting Côte d’Ivoire, the loss of market shares of CFAO Motors Ivory Coast, but also the loss of brand distribution contracts and the sustained rise in the Yen, which has a significant impact on CFAO Motors Côte d’Ivoire’s margins, as well as a deterioration in the company’s level of profitability or financial position.