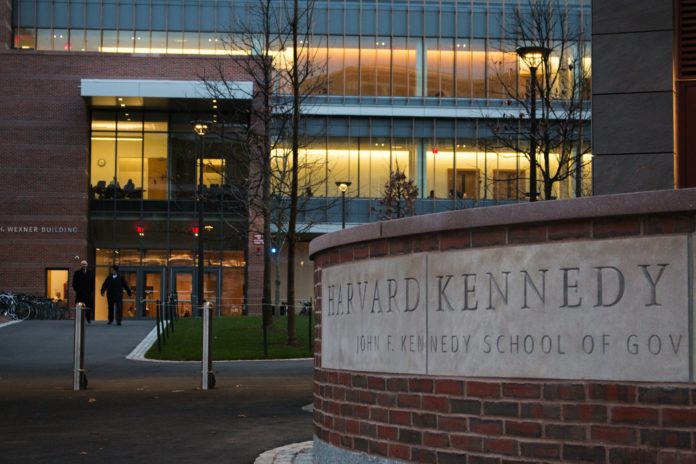 Harvard Kennedy School (HKS) today announced the creation of a new graduate student fellowship program funded by a $1 million gift from Harvard College alumnus Hazem Ben-Gacem AB 1992. For the next three years, the fellowship, will cover the costs for up to two accepted applicants from Tunisia per year, enrolled in the HKS Master in Public Administration (MPA) degree program. The fellowship program honors Ben-Gacem’s father, Hamida Ben-Gacem MPA 1972, the first Tunisian graduate of Harvard Kennedy School.

“We appreciate Hazem’s continuing generous support of Harvard University and Harvard Kennedy School,” said Kennedy School Dean Douglas Elmendorf. “Tunisia is an important emerging democracy. The Kennedy School is honored to train students in the country’s next generation of its leaders.”

The fellowship will serve mid-level executives in Tunisia’s public sector as well as those employed by NGOs and similar national and international organizations. The fellowship program seeks applicants who, in their careers, will work to shape government policies that benefit Tunisia and its citizens.

Hamida Ben-Gacem, who had a distinguished public service career in both Tunisia and the Middle East said, “It was a privilege to attend Harvard Kennedy School back in the 1970s, thanks to a benefactor at the time. My Kennedy School education enabled me to contribute to the public sector in Tunisia. I believe this new scholarship program will allow the next generation of Tunisians to contribute to their country in the future.”

Applications for admission to HKS are now open and will close at 5:00pm EST on Tuesday, December 3, 2019. Successful applicants for the Master in Public Administration degree program will start in September 2020.

Admissions and funding information are available at: https://www.hks.harvard.edu/admissions-financial-aid

Through research, teaching, and engagement with practitioners, Harvard Kennedy School of Government improves public policy and public leadership so that people can lead safer, freer, and more prosperous lives.