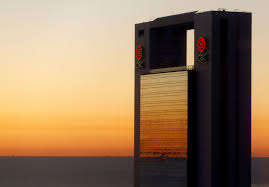 On August 8, the South African group Standard Bank Limited (SBG, Ba1 Stable) announced that it would exercise a put option to sell its 20% stake in ICBC (Argentina) SA (ICBC Argentina, Ba3 / Ba3 negative, b2) control of the shareholder bank, Industrial and Commercial Bank of China Ltd. (ICBC China, stable A1, baa1), for $ 180.8 million.

According to Moody’s, the sale is a positive credit for ICBC Argentina because it reinforces the Chinese company’s commitment to its activities in Argentina in the face of the country’s macroeconomic crisis and the high volatility of the markets.

ICBC China already holds 80% of the capital of ICBC Argentina, which it acquired in 2011 when the bank was a subsidiary of Standard Bank. ICBC China has made the investment in favor of strong trade finance flows between China and Argentina, one of the biggest commodity producers. Since then, ICBC China has followed a conservative dividend reinvestment policy to support the expansion of ICBC Argentina, which is its largest subsidiary outside China, although it accounts for only 0.1% of ICBC China’s consolidated accounts. assets from December 2018.