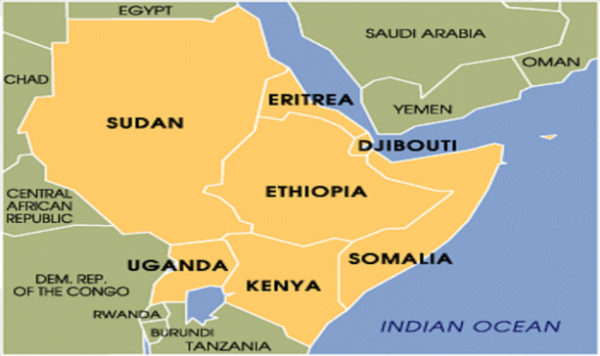 A recent report by Moody’s indicates that while East African countries such as Kenya, Ethiopia and Tanzania are focusing their infrastructure spending on the economy, recurrent budget deficits will reduce their solvency by the time their balance sheet will no longer be able to afford shocks.

“Over the next two years, we anticipate that fiscal deficits will be lower than those needed to stabilize debt in all East African countries, with the exception of Uganda, where the debt burden should increase, relative to a reduction or a general stability of the debt in the rest of Africa “, testifies Lucie Villa, vice-president of Moody’s, in charge of credit and co-author of the report. Kenya, Rwanda, Uganda, Ethiopia, and Tanzania were scrutinized in this report, the highlights of which are, country by country:

Kenya’s macroeconomic policy is focused on fiscal consolidation, but results are limited in this area with revenues often below budget targets and development spending bearing the brunt of adjustment. “We expect significant deficits of around 6% of GDP to persist,” the rating agency estimates.

-Fax expansion related to infrastructure is likely to increase the burden of Uganda’s debt.

– Tanzania’s ambitious income targets will be difficult to achieve.

Last June, each of the five East African rulers rated by Moody’s – Kenya, Ethiopia, Rwanda, Tanzania and Uganda – presented budgets for the next fiscal year, some of which included important infrastructure spending plans that would result in persistent budget deficits.