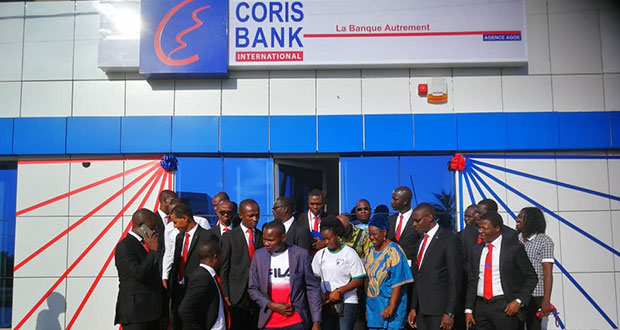 West Africa Rating Agency (WARA) states, on July 4, 2019, CBI’s long-term rating of “BBB +” in investment grade, while its short-term rating is “w-3”. This rating is located at the level of the sovereign ceiling of Burkina Faso, which is established – according to WARA- to “BBB +”. The perspective attached to these ratings is kept stable.

At the same time, on its international scale, WARA assigns to CBI the following ratings and outlook: iB + / Stable / iw-5.

Born in 2008 from the transformation of “La Financière du Burkina”, which was originally a financial institution in difficulty, CBI has grown rapidly over the 2008-2018 period. It displays in 2018, a total balance sheet of 1152 billion CFA francs which places it first on fourteen banks in Burkina Faso. Held primarily by the Group’s holding company, Coris Holding, CBI went public at the end of 2016, becoming the third Burkinabe company listed on the Regional Stock Exchange (BRVM) in Africa.

These ratings reflect: (i) the bank’s position as a key player in the financing of the economy, and SMEs in particular; (ii) robust governance supported by a hierarchical reorganization allowing greater efficiency in decision-making and the conduct of operations; (iii) a well-controlled risk exposure reinforced by improved risk management; and (iv) an excellent level of profitability, the result of a combination of a strong intermediation margin, optimal operational efficiency and a good control of the cost of risk.
CBI’s rating of “BBB +” is two notches higher than the rating accepted by CREPMF for issuing bonds without guarantee.

The Coris Group suspends the rating process initiated with Wara

EBID launches a bond loan to the BRVM