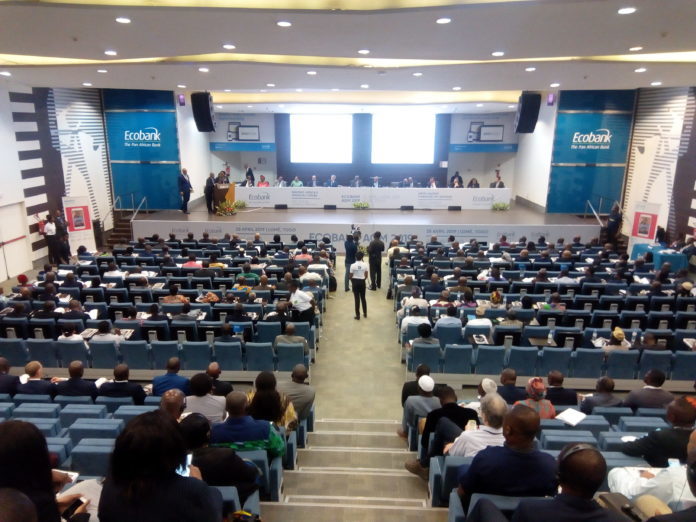 Shareholders of Ecobank Transnational Incorporated (ETI) participate this Thursday in the 31st general meeting of the bank in Lomé (Togo). This meeting comes after a year 2018 whose results are considered “solid” by the leaders.

“The year 2018 marked a turning point for your company,” said Emmanuel Ikazoboh, Chairman of the Board of Directors, from the head table to the shareholders. “This is the beginning of the execution phase of our strategy, which builds on the initiatives we have taken to strengthen the group’s foundation,” he added.

“These results attest to the constant rigor applied to cost management, our commitment to risk management and the ongoing consolidation of the credit portfolio,” said Mr. Ikazoboh, who announced a cost / income ratio of 61.5% in 2018, “despite a modest growth in revenues”.

Launched in 1985 and based in Lome, Ecobank operates in 36 African countries (the largest pan-African banking network) and has offices in Paris, London, Beijing and Dubai. The bank is headed since September 2015 by the Nigerian Ade Ayeyemi following the departure of the Ghanaian Albert Essien.