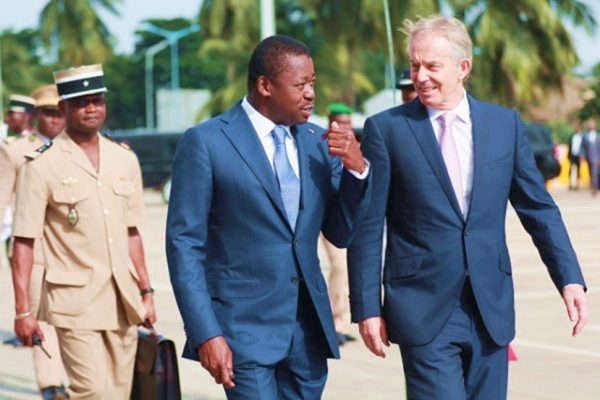 A discreet adviser to President Faure for two years, Tony Blair spoke on priority investment issues and gave his opinion on ways to improve the business climate. The presidential cell of execution and follow-up of the projects would have been repeated several times under the advised advice of Mr Blair who stayed in Lomé in November 2018 and, recently, on April 2, 2019.

Very active in Africa, Tony Blair also advises President Alassane Ouattara of Côte d’Ivoire in the transformation of cashew and the textile industry and President Alpha Condé through his friend Georges Soros.

A full week bonus for the president of the Tony Blair Institute for Global Change (TBI), present in 14 African countries, with offices in the Middle East and the United States and a political agenda that brings together misunderstanding at the Open Society of the controversial Georges Soros. The BIT received $ 12 million in Saudi Arabian data through an organization called Media Investment Limited (MIL).