Togo’s economic growth accelerated to reach a rate of 4.9% in 2018, according to a statement made Tuesday, April 2 by a mission of the International Monetary Fund (IMF). At the end of the year, the institution had forecast a rise of 4.7% in GDP.

This acceleration came after « a sharp deceleration in 2017 due to socio-political tensions in the country, » she adds. Inflation was 0.9% at the end of 2018.

« The major fiscal effort initiated in 2017 continued until September 2018. Results fell towards the end of the year, as revenues were below target and some lines of spending exceeded forecasts, » said Ivohasina Razafimahefa, the head of the mission who stayed in Lomé from 20 March to 2 April 2019.

Nevertheless, he adds, Togo has complied in 2017 and 2018 with the WAEMU deficit criterion set at 3% of GDP, two years before the deadline agreed between the Member States.

As a reminder, the country officially launched in March 2019, its National Development Plan (PND) which aims for a growth rate of 7.6% by 2022. 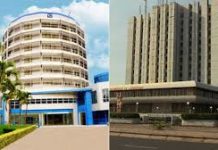