The 7th African Petroleum Congress and Exhibition (CAPE VII) opened on April 3, 2019 in Malabo, capital of Equatorial Guinea, under the theme of shared prosperity. Some 700 delegates from 38 nationalities (including 23 African) from all continents made the trip to Malabo, a city with state-of-the-art infrastructure built on oil revenue.

Among the 13 African companies present at this conference, the Nigerian giant NNPC, the Ivorian Petroci or the South Sudanese Sudapec.

For Mahaman Laouan Gaya, Secretary General of the Association of African Petroleum Producers (APPO), representing 18 members, or 95% of African production, “the continent must unite to have a say on the chessboard world oil “. In isolation, African countries can not compete with the oil powers, says the senior Nigerian who believes that the energy challenge is just behind the food challenge.

A point of view shared by Mohamed Sanusi Barkindo, Secretary General of the Organization of the Petroleum Producing Countries (OPEC), who first paid a heartfelt tribute to the leadership of President Teodoro Obiang Nguéma Mbasogo and

welcomed the initiative of Equatorial Guinea to make 2019 the year of energy.

The Nigerian was impressed by the economic diversification policy pursued by the Equatoguinean government in infrastructure, agriculture and financial services. Calling for the promotion of inter-African cooperation, Sanusi Barkindo said he was optimistic about the future of the sector.

Following the Secretary General of OPEC, the Equatorial Guinean Minister of Oil, Gabriel Mbaga Obiqng Lima, said that this event offers a space for dialogue and consultation between African actors. “We need to harmonize our laws and legislation, especially on the local content, which must benefit from a common approach in all our jurisdictions”.

Globalization imposes on us common policies. This was stated in essence by President Obiang Nguema who delivered his pan-African vision of the challenges of oil. “Globalization drives us to new directions to guarantee and promote our aspirations”. Africa must, after more than half a century of dependence, review its relations with the developed world. Because “times have changed,” continues the Equatorial Guinean president insisting on the training of human resources, the development of new technologies and the need for this common approach, which is often lacking.

The Malabo summit takes place in a particular context. Between 2015 and 2016, oil exploration and production activities are down 27%. Since 2017, we are witnessing a timid recovery in activity. The trends are confirmed in 2018 and 2019. This means that Africa has once again the opportunity to seize the rebound to make oil the bedrock of its economic and social transformation. 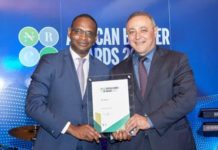 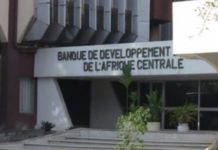 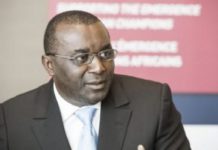 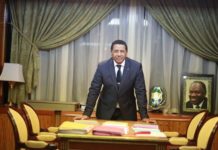