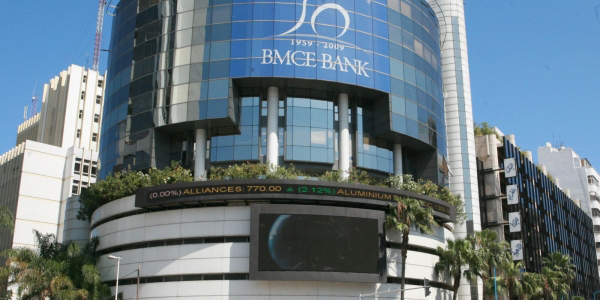 The BMCE Bank Of Africa Group posted a Net Profit for the year (2018), down 10% to MAD 1.8 billion (166 million euros) compared with just over MAD 2 billion in the first half of the year. 2018 (187 million euros), announced Othman Benjelloun, chairman and CEO of BMCE Bank of Africa, Tuesday, April 2 at the group headquarters in the margins of the presentation of the results.

On the continent excluding Morocco, the group continued its sales drive with customer deposits up + 3% to 5.4 billion euros. Customer loans amounted to 4.1 billion euros, an increase of 5% thanks to the opening of 369,000 accounts in 2018. To date, the group has more than 3 , 9 million.

Regarding the outlook, Othman Benjelloun said the BMCE has “by 2021, exceed the mark of 3 billion dirhams (277 million euros) Net Profit Share Group and maintain a return on own funds, ROE, above 12%. This level will be achieved in a context where the base of our capital will be broadened “.

The Moroccan banking group is present in thirty countries around the world. It has more than 15,000 employees, nearly 1,700 branches and more than 6 million customers.

Maroc: BMCE Capital at the bedside of SMEs

Towards a capital increase of BMCE Bank

BMCE Bank Of Africa opens its subsidiary in Shanghai

In difficulty, BMCE Bank Of Africa under British umbrella