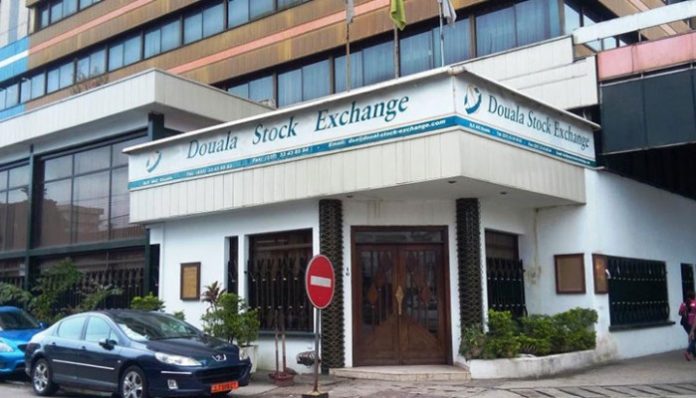 On Sunday, March 31, 2019, at the Bank of Central African States, Cameroon National Directorate in Douala, the unification convention of the Financial Market Supervisory Commission of Central Africa (COSUMAF) with the Markets Commission Financiers du Cameroun (CMF) was signed by the Presidents of both institutions, as well as by the Chairman of the Steering Committee of the Economic and Financial Reform Program of the Economic and Monetary Community of Central Africa (COPIL PREF-CEMAC), Mr. Gilbert ONDONGO, Minister of State, Minister of Economy, Industry and Public Portfolio of the Republic of Congo.

In the presence of the Ministers of Finance and Economy of the six countries of the Central African Monetary Union (UMAC), as well as the President of the CEMAC Commission, the signature of this agreement comes after the the merger of the central depositories (CAA and BVMAC) in N’Djamena, Chad, on March 22, 2019.

“We have been working for more than a year with COSUMAF to implement the decision of the Heads of State: to unify the two financial markets of Central Africa. At the level of the regulators, it is done, “said the President of the CMF, Mr. Jean Claude NGBWA at the end of the signing. “The CMF disappears in favor of COSUMAF, new regional regulator based in Libreville,” he said.
For Mr. Nagoum YAMASSOUM, President of COSUMAF, “the new challenges are numerous. The most important of these is the dynamisation of the market, because apart from the Cameroonian market, the other markets were rather embryonic and sluggish “. “We are going to focus on making financial pedagogy to publicize the regional market and its opportunities”.
With the signing of this unification agreement, the CEMAC regional financial market is entering a unique regulatory era that can accelerate the development of the use of capital market instruments and products. 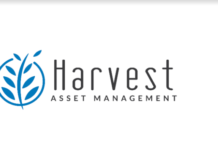 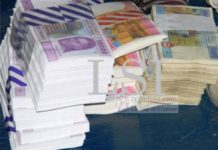 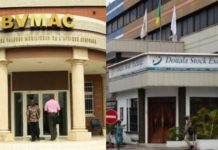 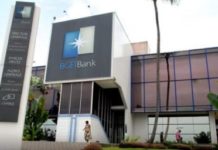 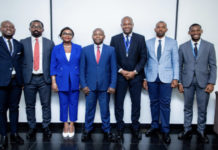