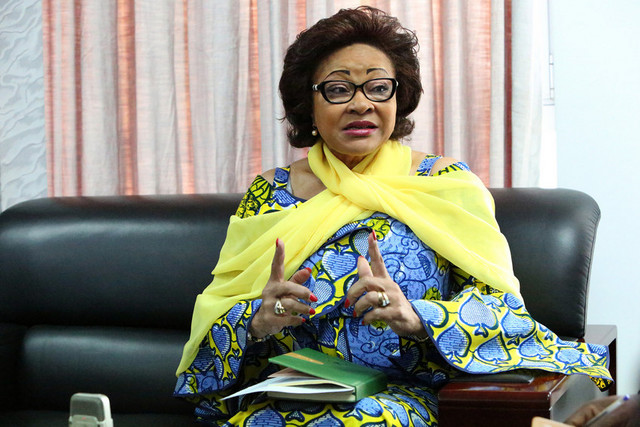 The African Union’s Commissioner for Rural Economy and Agriculture, Josefa Sacko, on Monday, April 1, invited member states to sign and ratify the African Risk Treaty. capacity (ARC), a mechanism she describes as “innovative pan-African disaster risk financing”. She was speaking during the 7th edition of the Mutual’s Conference of the Parties.

In its view, this is an instrument “that enables us to react quickly to natural disasters and protect the livelihoods of our most vulnerable populations”. In addition, call for “pan-African solidarity” in the management of climate risks.

Established in 2012, the Pan African Risk Management Mutual (ARC) has been initiated to deal with extreme weather events and natural disasters on the continent, and aims to help African Union member states improve their ability to and react to events of this kind. While the 7th annual meeting was held, the treaty was signed by 33 AU member states, and ratified by 8 of them: Mauritania, Mali, Senegal, The Gambia, Chad, Togo, Guinea and Madagascar.

“Now in its 7th year, the ARC is needed more than ever and, thinking about the past, there is something to be optimistic about,” said Josefa Sacko. “Firstly, the fact that more than 50% of the AU Member States have signed the treaty is a testament to the recognition of the challenges they face and their willingness to propose sovereign solutions to better deal with future disasters”, insists -she.
“Secondly, the fact that 8 countries have subscribed to the insurance pool and have been able to mobilize more than 50 million USD in national budgets is an important indicator of the self-financing of our states,” says the Commissioner.

However, she regrets, despite the progress made, fewer and fewer countries are able to pay their premiums. “It is therefore important that this 7th session of the ARC, which is the highest organ of the ARC Agency, focus on solutions allowing greater participation of the Member States in the ARC program and an increase in the number of countries participating in the pool. insurance, “she said.

Indeed, this session is a turning point for the agency that wants to turn the corner. Over the last 5 years, the Pan African Mutual Risk Management Company (ARC Ltd), its subsidiary, has experienced a sharp decline in net income, from $ 22.4 million in 2014, to a negative 6.2 million USD as of December 31, 2018.

In addition, the group of countries insured against risks increased from a maximum of 7 countries in 2015 to 3 in 2018, despite the increase in the number of countries with Certificates of Conformity and Good Practice (CCBP). Similarly, the Company’s capital was reduced by approximately $ 18 million between 2016 and 2018 as a result of write-offs and non-payment of premiums in 2018, among others.

“The mechanism put in place by the ARC is one of the ways in which Africa can be autonomous to meet the needs of vulnerable populations,” Josefa Sacko said.

Signature of an insurance policy between African Risk Capacity and WFP