South Africa: restitution of lands to blacks, an electoral issue 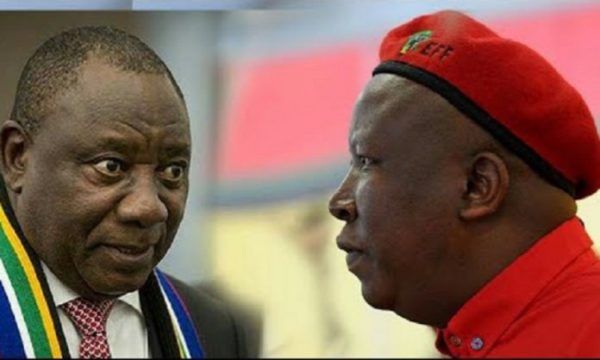 The redistribution of land will be one of the main themes of the South African political debate in 2019. On 17 October in Empangeni, KwaZulu-Natal province, President Cyril Ramaphosa put the issue in historical perspective. . “” We write the story (…) we repair a historical injustice by returning their property to its legal owners “.

According to a recent study by the government, black South Africans make up 79% of the population, but they directly own only 1.2% of the country’s rural land. Like the rest of the economy, agriculture remains largely in the hands of whites, who hold 73% of the land compared to 85% at the end of the racist regime.

In power since February 2018, South African President Cyril Ramaphosa wants to accelerate land reform by changing the constitution to allow expropriations without compensation. The South African head of state is far ahead on this topic by Julius Malema, the leader of the far-left party Economic Freedom Fighters (EFF).

This very popular movement saw its bill, presented at the beginning of the year, ratified by the South African Parliament, on February 27, 2018. The text adopted by a very large majority provides for expropriations of land without paying compensation to residents. owners.