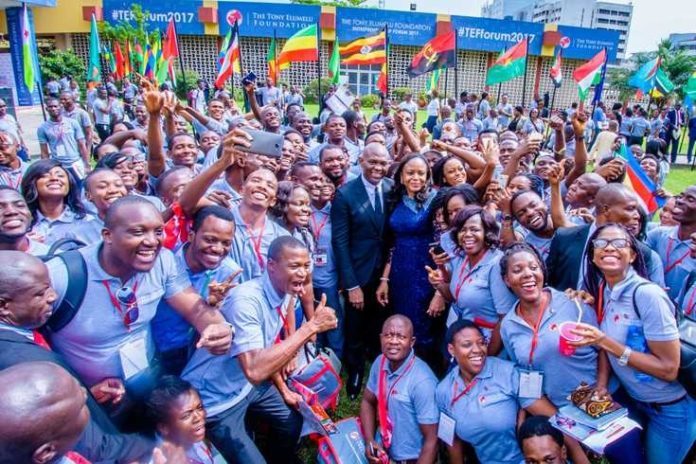 Tony O. Elumelu: “In just four years, we directly reached 4,460 entrepreneurs and we are starting to see the results.”

The 4th annual Tony Elumelu Foundation (TEF), Africa’s leading philanthropic organization focused on entrepreneurship, will be held on October 25 in Lagos, Nigeria. A meeting that will bring together more than 5,000 entrepreneurs, global investors, leaders of the African public and private sectors and development organizations.

An event considered as “a unique opportunity to generate ideas, create networks and bring together decision-makers and the private sector”, in a spirit of lively debate and interaction where “mentors and partners will be present”, organizers.

In line with the Foundation’s roadmap, most recently with French President Macron “aiming to connect politicians with the new generation of young businessmen and women shaping Africa”, the forum will include a session Interactive with Kenyan President Uhuru Kenyatta and Ghana’s Nana Akufo-Addo, led by Tony O. Elumelu, founder of TEF.

According to Tony O. Elumelu, founder of TEF, “In just four years, we have directly reached 4,460 entrepreneurs and we are starting to see the results: job creation, training effects, and above all recognition of economic well-being. Africa led by entrepreneurs: men and women, big and small.

He stressed that they are “the engine of transformation of our continent. We will defend them and celebrate them. This year, we are really reaching the scale and impact, we received more than 150,000 applications in 2017 alone, compared to 20,000 in 2015 “.

For his part, the CEO of the Tony Elumelu Foundation, Vir OBE, said that “the TEF Entrepreneurship Forum is the only event on the continent that brings together the entire African entrepreneurship ecosystem.”