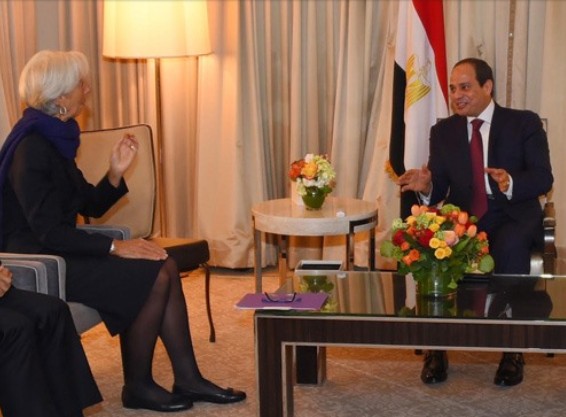 “The Egyptian economy is showing strong signs of recovery and its economic growth is among the highest in the Middle East,” said the IMF Managing Director. “We agreed on the importance of taking advantage of Egypt’s macroeconomic gains to advance the authorities’ local structural reforms,” ​​she said.

These reforms, according to Christine Lagarde, will contribute to more sustainable, inclusive and private sector driven growth, “which will help create jobs for the young Egyptian population, while ensuring that adequate resources are available for the protection of women. social “.

They include the reduction of state subsidies, and the floating of the Egyptian currency in November 2017, which led to a sharp devaluation and a surge in inflation (30% year-on-year in Q2 2018).

As a reminder, the IMF had released, between June and July 2017, the second tranche of a $ 12 billion loan to enable Cairo to revive its economy already lowered by a decline in tourism revenues and a slowdown in investment. This loan has been approved since November 2016, and a first tranche released at the same time.